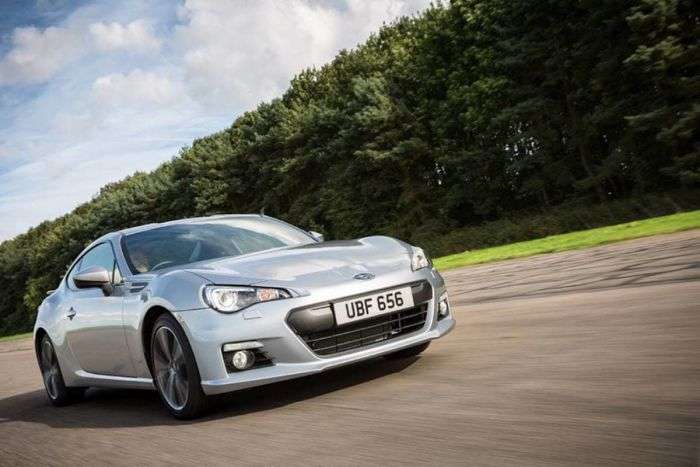 The current generation 2018 Subaru BRZ / Toyota 86 won’t get a turbo, but what about the next-generation model?
Advertisement

Fans have been asking for a turbocharged Subaru BRZ / Toyota 86 sports car since it first came out in 2013, but it hasn’t happened. There’s a number of reasons why Subaru and Toyota haven’t put a turbo boxer under the hood of the first-generation sports coupe, and Toyota chief engineer speaking to Car Advice at the Geneva Motor Show tells them why.

Tetsuya Tada, chief engineer for the Toyota 86 and Supra told Car Advice, adding a turbo to the rear-drive coupe would change the coupe completely. He says, it’s not because he doesn’t like turbos, Tada says it’s because, “If we come up with a turbo version of the 86 and boost up the power that would result in the necessity of changing the basic configuration completely, to come up with a car that I would be satisfied with.”

Subaru of America's Car Line Planning Manager, Todd Hill said the same thing two years ago when asked about turbocharging the BRZ. Hill said that putting a turbo into the two-door sports coupe would change the car way too much. It would add weight and price to the car. Hill says, "We wanted to keep it affordable. It’s priced for enthusiasts.”

The BRZ/86 is perfectly balanced with the naturally aspirated 2.0-liter boxer engine sitting low in the chassis, and a turbo could change it. Tada goes on to say, “One characteristic of the 86 is that in terms of the front balance it’s slightly front loaded so it makes the handling more fast and agile. So if we were to come up with a turbo version, we would have to go change the weight balance between the front and the rear.”

So it won’t happen in the current generation BRZ / 86 but aren’t the two-door coupes getting a complete remodel soon? Subaru has confirmed BRZ will see a second-generation model along with it’s twin, Toyota 86 and it will likely come with the new Subaru Global Platform. This new architecture could change things up for the sports car.

Toyota chief Tetsuya Tada says it won’t happen with the current platform, but left the door open for the second-generation Subaru BRZ / Toyota 86 coming around 2020. He says, “That means we have to come up with a completely new platform, so it’s not about just changing or slight modification in the engine parts.”

Subaru and Toyota have not confirmed a turbocharged BRZ / 86 will be developed, but with a new platform underpinning the sports coupe, at least the door is now slightly open.

Big Engines wrote on March 13, 2018 - 6:47am Permalink
I wish i see Subaru Legacy Turbo coupe for the next generation, love most Subaru cars but not interested on BRZ/86 :)