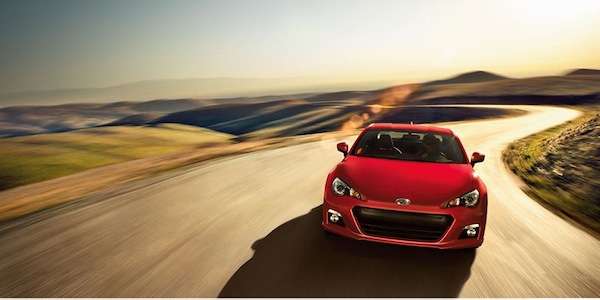 In a recent interview with Automotive News, President of Fuji Heavy Industries (FHI), Yasuyuki Yoshinaga, confirmed a new-generation Subaru BRZ/Scion FR-S/Toyota GT86 is coming. Fans have been wondering when Subaru and Toyota would come out with the new model change for the rear-drive two-door sports coupe, and it looks like it’s going to be sooner rather than later. FHI president Yoshinaga says the relationship between the two automakers will continue to produce another generation model.

The relationship between Subaru and Toyota is a partnership that will continue to be strong because Toyota owns 16.5 percent of Fuji Heavy Industries Ltd., maker of Subaru vehicles. Subaru and Toyota do not have any new projects beyond the BRZ/FR-S/GT86 sports coupe, but they do have plans to continue to develop the current model beyond this generation. Toyota and Subaru will develop the new-generation BRZ/FR-S/GT86 together and combine their product and engineering technologies like they did when they developed the sports car in 2012.

MUST SEE: AWD BRZ/FR-S/GT86 2.5-liter turbo reported to be in the works

FHI formed a basic agreement from the business alliance with Toyota on October 2005. But that ends as the 2016 Toyota Camry will be the last model year that Subaru produces for their Japanese business partner. Production of the 2016 Toyota Camry will end in the fall of 2016. Now Subaru and Toyota will shift the partnership from production to product and engineering. The Subaru boss says the partnership is changing and said, “We want to continue that shift.”

A new generation is coming

When asked by Automotive News if a next generation of the BRZ is planned, Yasuyuki Yoshinaga, confirmed a new-generation Subaru BRZ/Scion FR-S/Toyota GT86 is coming. He said, “The full-model change of the BRZ will happen, but we have not decided about other new projects.” He also said Toyota will be Subaru's partner for the next generation. Yoshinaga went on to say, “Yes, of course. We cannot produce or develop the BRZ without the support of Toyota. That is our hope and intent, but we haven't made a contract or such yet. The BRZ is an important model for Subaru, so we will continue to develop the BRZ with Toyota.”

The first generation Subaru BRZ/Scion FR-S/Toyota GT86 is a great drivers' car which was Subaru and Toyota’s goal all along. The rear-drive two-door sports coupe offers a great sports car design, low vehicle weight, an ultra-low center of gravity and precision steering and it offers a low starting price. Of course Yasuyuki Yoshinaga did not reveal any details about the new model, but Subaru and Toyota will produce a next-generation model and we will likely see it arrive in 2016 as a 2017 model. But don’t look for it to have AWD, or be offered in a convertible variant. Will it come with a new turbocharged boxer engine? Stay tuned.

Jachin Rivers wrote on December 15, 2014 - 12:21am Permalink
Wouldn't be surprised at all to see a turbo charged 2.5 EJ? series. I'd be surprised to see a AWD option as it would compete against the WRX / STI models a little too directly.
michael wrote on March 24, 2015 - 9:58pm Permalink
The FA20 is too good of a motor for them to backtrack to the ej25. They will keep it FA20. Whether they want to admit there is in fact room for a turbo is a different story. That was their reasoning in the past anyways. After owning my FR-S... I wish they would offer a turbo charged version/upgrade for the sense of not having to risk blowing a motor just to add my own.
Joshua S wrote on January 27, 2015 - 2:34pm Permalink
There won't be a factory FI, not as a base model anyway. That's not the niche this car is for. Likely will have some gearing changes, wheel changes, tuning updates, and probably eke out about 5% more HP from exhaust, ECM, and fueling changes. Maybe the crickets will be gone. Also wouldn't be shocked to see some interior revisions. But this is staying N/A FA20, I'd put lots of money on that.