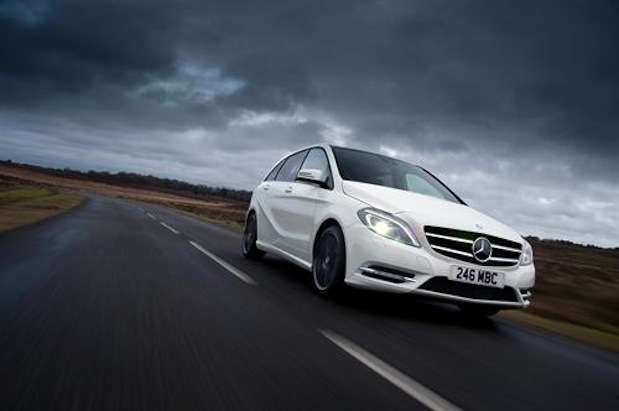 Mercedes-Benz offers better fuel economy with the introduction of all-new 2014 A-Class and B-Class ECO models. But do they sacrifice performance?
Advertisement

How is Mercedes able to bring new 2014 A-Class and B-Class ECO models that get better economy with no impact on performance? That’s what the German automaker has done with the introduction of all-new ECO models, the A 180 CDI ECO SE and B 180 CDI ECO SE. These new models are being launched in the UK beginning in January 2014. How did Mercedes do it?

Mercedes is on the leading edge of technology to get the most economy from their new A-Class and B-Class models. The ECO SE vehicles both feature weight-saving measures, powertrain refinements and improved aerodynamics. This results in improved fuel consumption and lower emissions with no impact on performance. The new A 180 CDI ECO SE offers a class-leading coefficient drag of 0.26. The new CLA-Class set a benchmark in aerodynamics with a Cd value of 0.23. So the new ECO models are very slippery.

Mercedes engineers went to work and designed a new aerodynamic grille element, coupled with underbody panelling and lowered suspension (-10 mm front and 15 mm rear for A-Class, and 20 mm at the front and 15 mm at the rear for B-Class). To save on weight, both vehicles feature manual gearboxes with longer ratios in the higher gears, an improved energy recuperation system and also get a new lightweight fuel tank.

The fuel economy of these new ECO models for the European cycle is nothing but spectacular. Replacing the current A 180 CDI SE and B 180 CDI SE manual variants, combined fuel consumption was increased to 78.5 mpg, compared with 74.3 mpg on the outgoing model. B 180 CDI ECO SE gets a combined mpg increase by eight per cent to 74.3 mpg. Mercedes says, despite the improved economy, the power, torque, top speed and 0-60 mph acceleration, remains unchanged for both models.

For those wanting the best wet or dry traction, both new ECO models will be able to be ordered with the new next-gen 4MATIC all-wheel-drive sarting in January 2014. This is the same advanced four-wheel drive system first seen on the 2014 CLA 250 4MATIC. The new system ensures optimum traction and driving dynamics in all road conditions. 4MATIC distributes torque equally between front and rear axles by an electro-hydraulically controlled multi-disc clutch with variable torque distribution. This allows as much as 50 per cent of power to be sent to the rear wheels.

There is good news for performance enthusiasts. The A 250 4MATIC is available in both AMG Sport and Engineered by AMG trim, with the B 220 4MATIC exclusively in Sport trim.