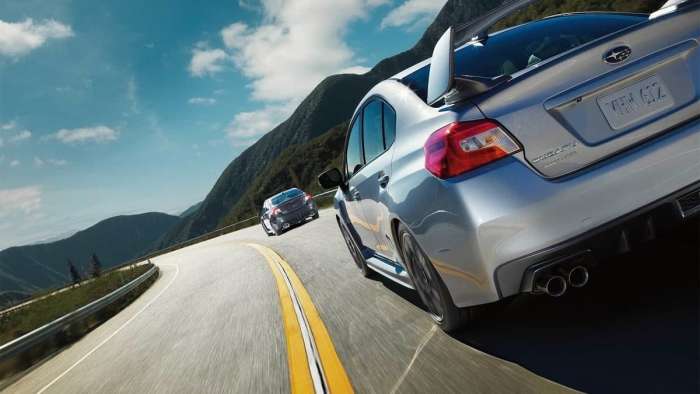 The 2020 Subaru WRX STI and WRX have a glaring weakness. See why it will be fixed when the next-generation model arrives next year.
Advertisement

Sports car enthusiasts don’t buy a sports model for its ride quality, and couldn’t care less about a bit of a rough ride. They want power, superior braking performance, and a car that will take the curves without going in the ditch. Subaru WRX STI and WRX owners want the same things, but Subaru happens to add all-wheel-drive which ups its game even more.

So why worry about ride quality?

Consumer Reports recently came out with its Best Mainstream Brand for road test scores and Subaru scores better than all other automakers. The Ascent 3-Row family hauler gets the best test score, followed by Outback, Forester, Legacy, Crosstrek, Impreza and BRZ. Where is the Subaru WRX STI and WRX? 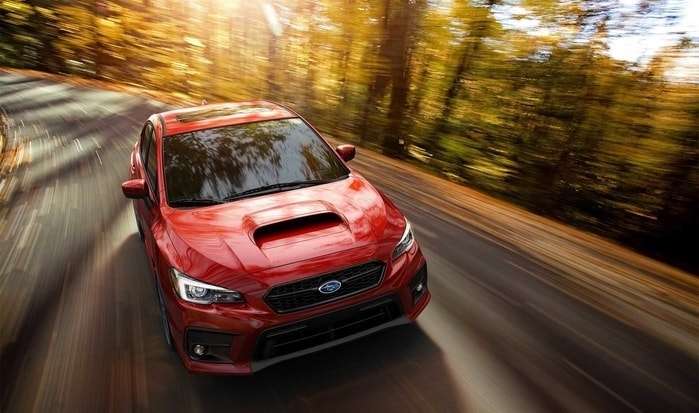 The Subaru WRX and STI get low marks for ride quality

The 2020 Subaru WRX and WRX STI performance sedans scored so low in the  Consumer Reports’ road tests, they didn’t even make the Subaru list. CR says the WRX STI and WRX have tremendous handling abilities because of its performance-tuned suspension but falls painfully short in its refinement with a “near-brutal ride”, it’s very loud inside the cabin and it’s difficult to drive smoothly due to its “hair-trigger” throttle, “clunky” shifter and stiff cutch.

Ouch, that’s a pretty harsh statement for the popular WRX STI. CR puts cars through comprehensive road tests based on 50 tests performed at their 327-acre auto test center and track so they should know how the sports sedans perform in all driving situations. 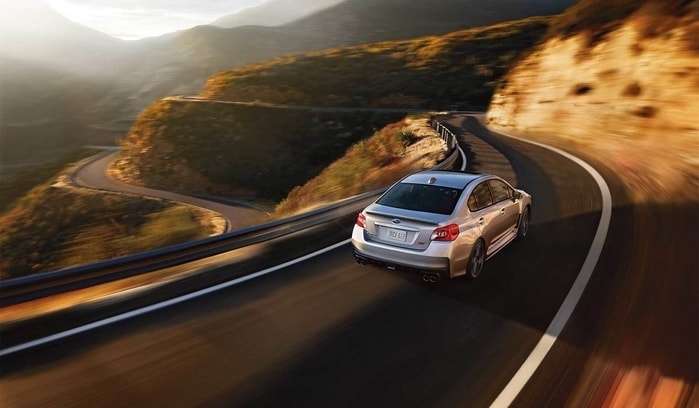 The next-generation models will ride on the Subaru Global Platform

Here is why the ride quality of Subaru’s performance cars will be fixed when the next-generation models arrive sometime next year. The WRX and WRX STI are the last (along with BRZ) to be upgraded with the new Subaru Global Platform. They still ride on the old architecture.

All other models get its new Subaru Global Platform that the Japanese automaker spent $1 Billion dollars to develop. We’ve driven all of the new-generation Subaru models, and you can feel the difference. In our test drives, we could see three differences in the new SUVs and compact cars. The new models come with improved ride comfort, handling agility, and a quieter cabin.

In a nutshell, the new underpinnings reduced vibrations and produced a smoother ride quality over the previous-generation models. The body and chassis is 70-100 percent more rigid which translates to improved steering response, and the increased rigidity of the suspension mounting has reduced body roll by 50 percent compared to current models. The vehicles also have a lower center of gravity improving driving dynamics in the corners producing a more dynamic ride.

When the next-generation Subaru WRX STI and WRX arrive sometime next year, look for improved ride quality and driving dynamics.

You Might Also Like: It Needs A Redesign But Subaru WRX STI Is Still The Best Performance Value

ASC wrote on April 16, 2020 - 5:23am Permalink
CR is not an enthusiast source. Their review of the first gen Mazda RX-7 is laughable for what they found to criticize, so much that I still remember it. They have their place and the utter standardization of review and data presentation is great but cars are different than dishwashers.
Lyle wrote on April 16, 2020 - 1:25pm Permalink
Those are features, not bugs. Brutally fun to hit a curvy road with. You can "feel" that clunky shifter go into every gear (this honestly a really nice feeling shifter). The clutch and throttle take lots of practice to get proficient at ( if you dont enjoy practicing something every day get an automatic)
Bruno wrote on April 16, 2020 - 2:36pm Permalink
I must slightly disagree with CR. I owned a 2015, 2017, 2018 and now a 2020 model year WRX and I must say that the 2020 model year is the best so far. Clutch is not stiff at all, it is vey soft and actually requires less effort to press than my wife's 2017 Impreza. Road noise is high, however I find that the OEM tires play a big role in this because when I switch to my winter tires the cabin noise level is drastically reduced to acceptable levels. Car is actually alot easier to drive smoothly vs my 2018 model year...rev hang has been drastically reduced and along with what seems like a softer clutch pedal feel I am able to easily drive the vehicle smoothly vs my 2018 model which I would agree was challenging at times to drive smoothly. As for the suspension, yes it is not forgiving however I did purchase a WRX and not a Corolla (which I use to own as well and enjoyed for different reasons). I find the WRX offers a lot of bang for the buck. With today's offerings, no other vehicle compares with respect to price, performance and AWD in a practical 4 door sedan.
Paul Cahill wrote on April 16, 2020 - 3:26pm Permalink
If they can make the manual trans not feel so clunky, that would be greeeeeeat. Aside from the crummy steering wheel leather, lousy stereo/hands free mic, that shifter is the thing i dislike the most about my 2015 (with STI short shifter).