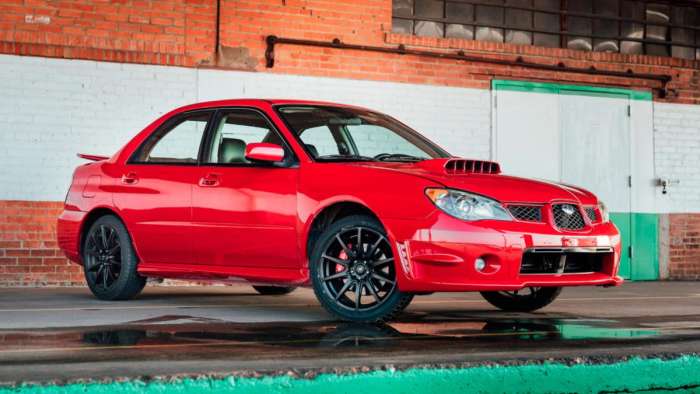 What happened to the Subaru WRX that was in the hit movie “Baby Driver”? It’s for sale now on eBay.
Advertisement

How would you like to own the 2006 Subaru WRX that was in the opening scene of the movie “Baby Driver”? You can make a bid for the performance car now on eBay. It’s probably the best of the three WRX cars that were in the movie because it has the least wear and tear. From the pictures, it’s in excellent condition for a stunt car.

Here’s what you get if you buy the 2006 Subaru WRX from the movie. The filmmakers sent the car to Allpro Subaru in Alpharetta, Georgia for a complete engine swap. They took out the sports car’s original engine and dropped in a 2.5-liter Boxer powerplant from the STI. 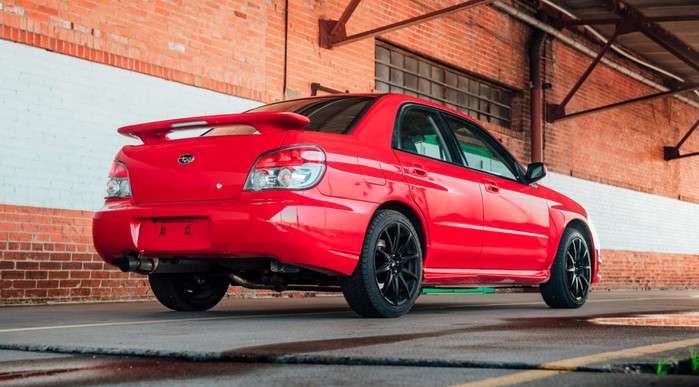 It’s pumping out 300 horsepower, but the Subaru shop added forged CP pistons, an Exedy Stage 1 clutch, OS Giken front differential and Cusco rear limited-slip differential, and a CNC hydraulic hand brake for the high-speed getaway in the first scene driven by Ansel Elgort and of course a stunt driver.

The cabin is finished in a black leather featuring a WRX STI gauge cluster and functional STI accessories, and looks stock except for the hand brake that enabled the car to do those 180s in the opening scene. The 2006 WRX movie car also comes with a build sheet, receipts, interviews with stunt driver Jeremy Fry and others, and matched screen shots. 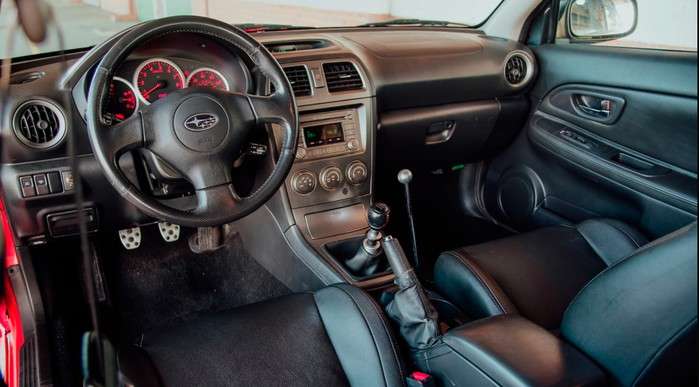 The car is street legal, so you can use this car as a daily driver, or keep it pristine for the weekend car shows. The WRX has 75,270 miles on the odometer, and comes with a clean title and the report says it’s never been in an accident. Unfortunately, the car was originally the iconic WR Blue Pearl and was painted a bright red for the movie.

Another 2006 Subaru WRX from the movie was recently sold and brought big money. In 2017, it sold for $69,100 and that car was converted to rear wheel drive for another chase scene to make the film. This WRX had a few dings in the body as this car did its own stunts.

Check out the 2006 Subaru WRX on eBay that’s probably the best car from the movie Baby Driver. You can make a bid until Monday, July 20 at 5:39 PM EST.

You Might Also Like: Ansel Elgort Reveals How He Got to Keep Subaru WRX STI from ‘Baby Driver'

Tesla-Funded Research Reveals One of The Biggest Mysteries of EV Battery
Tesla Tesla Buyer Nets a Whopping $12,000 Discount After Asking for Reduction
END_OF_DOCUMENT_TOKEN_TO_BE_REPLACED