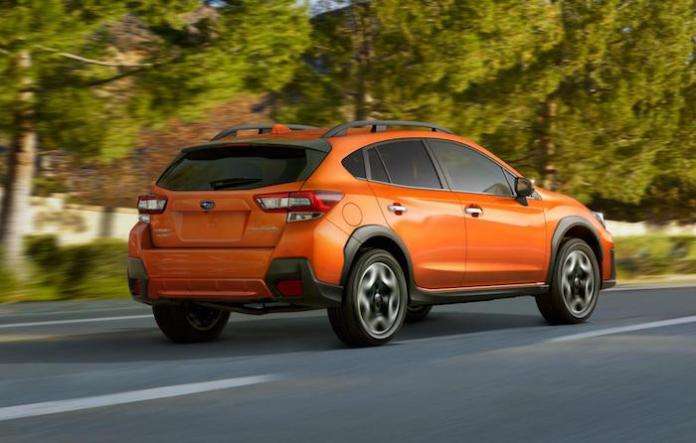 The latest safety technologies in cars have the potential to significantly reduce crashes. Subaru ranks highest with owners along with luxury brands Tesla and Infinity.
Advertisement

Subaru is an amazing auto company because they build the safest cars on the planet and their safety features rank highest with consumers. A study from Consumer Reports looked at which safety systems owners liked and what brands had the best systems. Subaru ranks highest with consumers along with luxury brands Tesla and Infinity. They’ve got five 2018 MY cars (Impreza, Crosstrek, Legacy, Forester, Outback) under $31,000 with the latest safety technologies.

Consumer Reports says they put the most emphasis on cars having Forward-Collision Warning (FCW) and Automatic Emergency Braking (AEB). They do this because these two technologies are proved to reduce injuries and deaths. FCW warns you of an possible crash with an object ahead, and AEB will apply the brakes if you don’t react in time.

Subaru owners ranked highest also with Tesla and Infinity. Pretty amazing considering the small Japanese automakers cars cost much less and offer just as much safety as the more expensive luxury brands. Here’s a run down of the top three safety features car owners like and which brands are rated the best by their owners.

Automatic Emergency Braking: Subaru, Tesla and Infiniti owners were the happiest with AEB, with more than 74 percent rating at very satisfied. The IIHS data shows rear-end collisions are cut by 50 percent on vehicles equipped with AEB and FCW.

Rear Cross-Traffic Warning and Rearview Cameras: Tesla, Lincoln and Ram topped Consumer Reports’ survey, with very satisfied ratings above 90 percent. Subaru, Kia, and Hyundai, all came in very close to the top with each rated at 89 percent very satisfied.

Subaru touts how they want to be the global leader in overall safety, and it looks like they are succeeding. They've been developing their EyeSight driver assist safety system since 1999, and they use stereo cameras as safety devices ever since. The small Japanese automaker continues to be develop their Active Driver Assist (ADA) systems and they are featured in four vehicles under $30,000. The new Subaru Impreza ($23,410), 2018 Crosstrek ($25,905), Legacy ($26,310), Forester ($28,805). The 2018 Outback features the safety system starting at ($30,565).

John Goreham wrote on October 12, 2017 - 9:31am Permalink
I'm a big fan of Subaru's and a current owner. A big reason I overlooked the downsides of Subaru (oil consumption risks for example) was so I could access EyeSight in the mid-$20Ks in a Forester. It's not perfect, there are way too many false positves, and the lane departure warning cannot be silenced (unless you want a orange warning light on all the time). Aside from progressive improvements, I see one big thing Subaru needs to do to be the most respected brand for safety; Make Eyesight standard on every mainstream model in all trims. Leave BRZ out, they barely sell anyway.
Denis Flierl wrote on October 12, 2017 - 11:03am Permalink
Hey John, look for Subaru to make the system standard on every trim soon. WRX STI and BRZ will be left out because they will keep the 6-speed standard gearbox!
John Goreham wrote on October 12, 2017 - 11:27am Permalink
That would be really great news. It's really the mainstream cars that should have it standard. The performance models can wait. Just as an aside, Honda just told me yesterday that they now have their auto braking system on the stick shift Accords.
Denis Flierl wrote on October 12, 2017 - 12:32pm Permalink
Interesting. We"ll see how long it takes Subaru to develop the technology for their standard gearbox models.