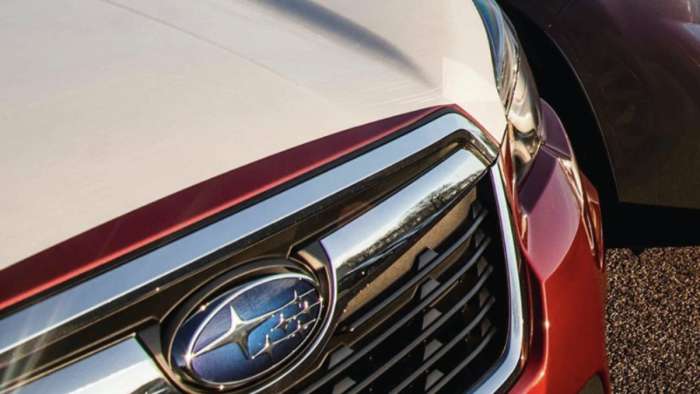 Shoppers looking for a 2020 Subaru Forester, Outback, Crosstrek, or Ascent will have a hard time finding the model they want. See why Subaru has the lowest inventory of any automaker.
Advertisement

Subaru likes to keep inventory levels low normally to keep resale values high on its all-wheel-drive vehicles. But that strategy is coming back to bite them as inventory levels of the 2020 Subaru Forester, Outback, Crosstrek, and Ascent SUVS are at record lows. Subaru has the lowest inventory of any automaker and it’s hurting sales.

Subaru dropped 20 percent last month and it was largely due to retailers not having the cars to sell to customers. According to a report from Cox Automotive, Subaru and Toyota had the tightest inventory among mainstream brands in July, both below 40 days of supply. Other automakers like Chrysler, Dodge, and Ford all had above 90 days of supply in July. 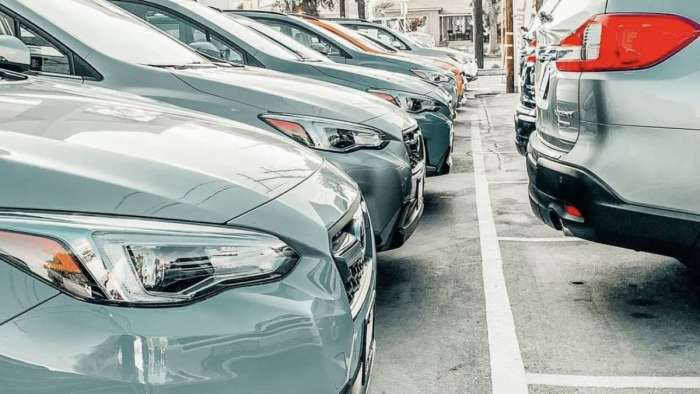 Why is Subaru running out of cars?

In an interview with Automotive News, Subaru of America CEO Tom Doll, says they like to keep inventory low normally. “We like to keep it low and one less is better than one more.” But with both of Subaru’s plants closed for eight weeks, inventory has dwindled to record lows for Subaru in July. Doll doesn’t expect inventory to rise to reasonable levels now until mid-August.

Jeff Walters, Senior Vice President of Sales Subaru of America says, “Our manufacturing facilities are now fully ramped up and the delivery of Subaru vehicles to our retailers will significantly improve in August so we can better support the demand from our customers.” 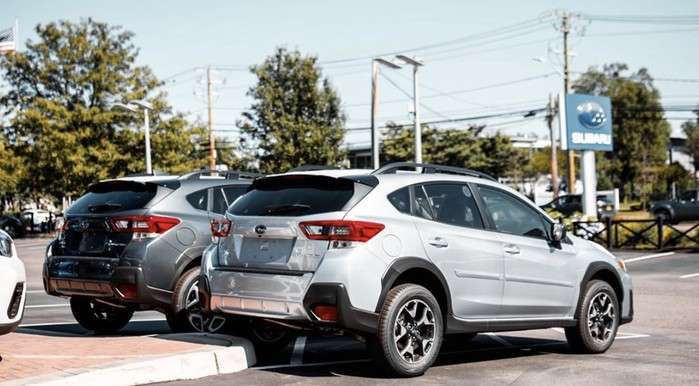 Torque News contacted a Subaru retailer near Denver, and our source told us they normally have 300-400 new cars on their lot but as of this week, they have under 100 new cars to sell. Many customers are not finding the Subaru model they want, and some shoppers are deciding to wait rather than compromise on color or trim package.

Subaru is also hit hard because new vehicles in the range of $30,000 to $40,000 are in the shortest supply, according to a Cox Automotive analysis of list prices based on its Auto Available Inventory data. According to True Car, Subaru’s average transaction price for July was $30,357, putting them in the hardest-hit range.

Torque News recently reported the 2020 Subaru Crosstrek is one of the 10 hardest to find cars in America. You can read the new report here.

“Given our low supply of key models such as Forester, Outback, Crosstrek, and Ascent, overall, we were extremely pleased with our sales results which were delivered by our retailers, who are also persevering through the COVID-19 pandemic,” said Doll.

SUV shoppers looking for a 2020 Subaru Forester, Outback, Crosstrek, or Ascent all-wheel-drive model will likely see more of those models arriving this month. You should be able to find the color and trim level you want.

You Might Also Like: Subaru Forester Continues To Shine - Has The New Outback Lost Its Luster Already?

James Simonds wrote on August 6, 2020 - 9:15pm Permalink
I guess we bought at the right time. We purchased a,2020 Forester and got 63 months interest free loan. We now hav 2 subarus. Very happy with bith of them. I just feel that the biggest drawback, is they are both under powered. We have a 2018 Impreza. It has a,2.0 in it. It should have,at minimum a 2.5. The Forester has a 2.t and it should have a 6 cylinder, which Subaru does not build. I don't care for the turbo 2.4. I just think a larger displacement is needed.

Toyota's First EV Will Have a Name of BZ: Toyota BZ
First Videos From Inside The Boring Company's Las Vegas Loop
END_OF_DOCUMENT_TOKEN_TO_BE_REPLACED