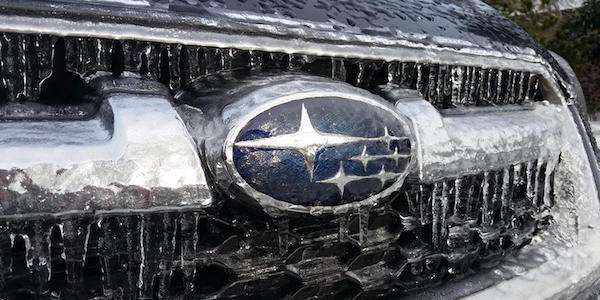 J.D. Power just released their annual vehicle dependability study and Subaru has dropped even further from last year. Why such a low ranking?
Advertisement

Subaru is noted for their loyal customer base and having those customers come back and purchase their vehicles again. They have been recognized for superior safety, high residual values and being the best mainstream brand in North America in the past few years. Yet Subaru scored zero vehicles in the J.D. Power Vehicle Dependability Study segment awards, and is below the industry average in the overall vehicle ranking for dependability. Why did Subaru rank so low in the study?

J.D. Power says the automotive industry in general is struggling with technology issues. Things like Bluetooth pairing/connectivity and built-in voice recognition systems misinterpreting commands are two issues most cited with consumers in the first 90 days of ownership. Subaru owners could be having issues with the vehicles technology, but it could run deeper for the brand.

Replacing components outside of normal wear

The study also revealed that only 33 percent of customers who had to replace a component outside of normal wear items, said they would definitely repurchase or lease the same brand again. This of course means a large percentage (66 percent) of customers with these issues say they would not purchase that brand again. This may be why Subaru is being ranked low and actually dropped from last years study by J.D. Power. It appears Subaru has two main issues.

Subaru has been sued for having a potential oil consumption issue and some of their engines have been reported to use excessive oil. Torque News has reported on this issue extensively in the past and you can read more here. Subaru is attempting to settle with the owners who filed the lawsuit and has not said much in regard to the issue. The J.D. Power study does not reveal a specific brand’s reported vehicle problems, so we can just speculate as to why Subaru ranks so low.

Where did Subaru rank?

The Subaru brand scored a total VDS ranking of just 166 which is below the industry average of 152. The higher the number, the more problems the brand has per 100 vehicles according to the study. Subaru has even dropped from last year, when they had a VDS ranking of 157. While the number of engine/transmission problems decreases to 24 PP100 in 2016 from 26 PP100 in 2015, Subaru is experiencing some issues in this key area. It’s important to note that the study examines problems experienced during the past 12 months by original owners of 2013 model-year vehicles. This is a key model year in the oil consumption lawsuit brought against Subaru. Is this the reason for such a low rating in this year’s J.D. Power Vehicle Dependability Study? It’s part of the problem for Subaru.

The Subaru brand actually scored lower in body and interior dependability than in engine/transmission problems. Lower quality interiors has been an issue for the brand in the past. They have made big strides in the past few years to improve this area of weakness. This won’t show up until next year’s study when they focus on 2014 model year vehicles. 2014 was when Subaru upgraded two of their vehicles in the lineup with the new-generation Forester SUV and Legacy sedan. 2015 was the year they upgraded the Outback wagon. Subaru’s rankings will come up, but it will likely take a couple more years as they are already addressing these two key dependability issues.