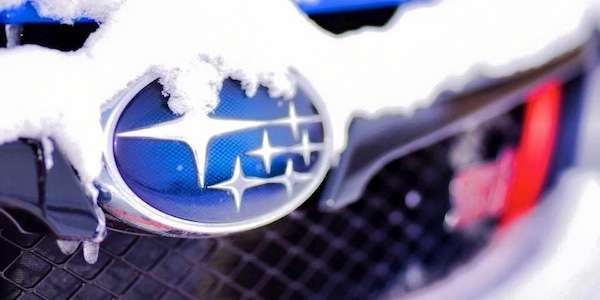 The 2015 J.D. Power Vehicle Dependability Study is announced and the Subaru brand is nowhere to be found on the list. Is it because of Subaru’s oil consumption lawsuit?
Advertisement

The car reliability ratings are out and the Subaru brand does not have any cars in their lineup on the list. On the list of cars and SUVs, the award recipients do not include any of Subaru’s all-wheel-drive multi-purpose vehicles that have been so popular with consumers. The popular Subaru Outback wagon, Forester SUV, XV Crosstrek crossover, Legacy sedan and Impreza compact are all absent from the reliability list.

The brand seems to be doing everything right, but could the reason they are not included, be because of the Subaru oil consumption lawsuit? The 2015 J.D. Power Vehicle Dependability Study examines problems experienced during the past 12 months by original owners of three-year-old (2012 model year) vehicles. Overall dependability is determined by the number of problems experienced per 100 vehicles, with a lower score reflecting higher quality.

Subaru named in a lawsuit

Last year, Subaru was named in a lawsuit claiming the automaker failed to let consumers know of the oil consumption problem in some of their vehicles. In an article in the New Jersey Law Journal, the lawsuit claims the 2011-14 Forester, 2013 Legacy and 2013 Outback, with 2.5-liter engines, and 2012-13 Impreza and 2013 Crosstrek, with 2-liter engines are the culprits. The suit claims the vehicles "prematurely burn off and/or consume abnormal and excessive amounts of engine oil."

In order to get a good rating on the J.D. Power Vehicle Dependability Study, they examine 177 specific problem symptoms, grouped into eight major vehicle categories, with Engine/Transmission issues being one of the eight categories. With Subaru having 2012 model year owners saying they are experiencing oil consumption issues with their vehicles, could this be the main reason there are no Subaru vehicles on this year’s top rated models?

What are the most dependable brands according to J.D. Power?

Among all vehicle nameplates, Lexus ranks highest in vehicle dependability for a fourth consecutive year, with a score of 89 PP100. Buick follows Lexus with 110 PP100, moving up three rank positions from 2014. Next are Toyota (111), Cadillac (114), and Honda and Porsche (tied at 116).

The study shows that the fewer problems owners experience with their vehicle, the greater the loyalty to the brand. Subaru has one of the most loyal fan bases in the industry, yet Subaru does not rate highest for the brand with the fewest problems. Overall, Subaru does rank just above the industry average in problems per 100 vehicles. Interestingly, in the area of powertrain dependability, Subaru ranks near the top with an industry average that is better than most brands.

Subaru has created a niche market with their all-wheel-drive multi-purpose vehicles like the 2015 Outback, Forester and XV Crosstrek that consumers are responding to in a big way. Could it be loyal Subaru owners overlook some of the problems because they like the vehicles safety, utility, all-weather capability and performance?