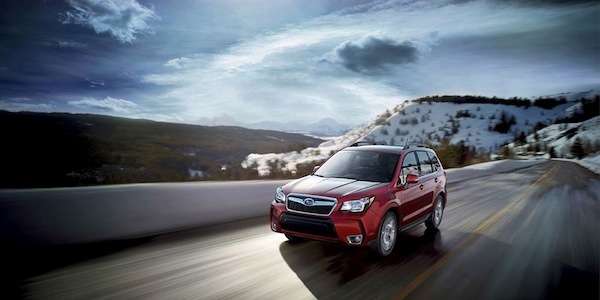 Consumer Reports picks the 2015 Subaru Forester, Legacy and Impreza as 3 of their 10 Top Picks of 2015.
Advertisement

Consumer Reports seems to like the Subaru brand more than any other automaker. They have picked the 2015 Subaru Forester, 2015 Legacy and 2015 Impreza as their Top Picks of 2015. Consumer Reports picks ten vehicles sold in the U.S. each year and Subaru is the brand with the most vehicles on the list for 2015.

The 2015 Subaru Forester was picked as the top vehicle in their Small SUV category, 2015 Legacy in the Midsized Sedan category and 2015 Impreza wins the Compact Car category. Consumer Reports (CR) says these are the best cars and SUVs from their tests. “These are the cars that ignite the gasoline in our veins, that we trust, respect and love.”

The ten cars and SUVs selected, must score high in CR’s reliability ratings and excel in automotive crash tests. CR says, “So if you corner a Consumer Reports auto expert at a party and ask, “What car should I buy?” these cars will be our answer.” They also picked the Chevy Impala, Audi A6, Toyota Prius, Buick Regal, Honda Odyssey and Toyota Highlander in their respective categories. Tesla Model S was deemed Best overall. Check out what CR has to say about each vehicle in the video.

What does it take to be a top pick?

In Consumer Reports testing, they start with performance. Each model must rank at or near the top of its class in their overall road-test score. Next is reliability: A Top Pick must have an average or better predicted reliability rating, based on problems reported by subscribers who rated 1.1 million vehicles in Consumer Reports’ latest Annual Auto Survey. Third, safety: Top Picks must perform effectively if included in crash or rollover tests conducted by the government or IIHS.

According to Consumer Report’s tests, the 2015 Subaru Forester SUV, 2015 Legacy sedan and 2015 Impreza compact are the best cars and SUVs in their respective categories. Go here to read more about each vehicle.