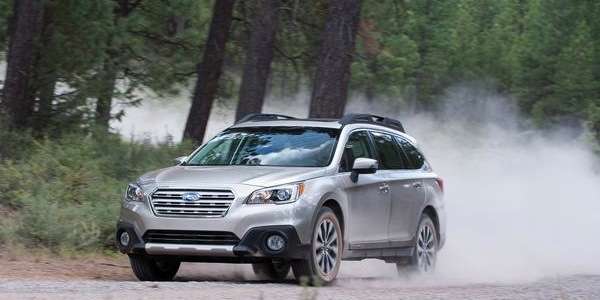 The 2015 Subaru Outback and 2015 Forester are the most popular with CR’s Facebook fans. What vehicle would you pick?
Advertisement

The guidelines were simple: Choose a vehicle that is currently available in the U.S. that they want to live with as a daily driver. In the Consumer Reports Facebook favorite car fan poll, the fans like SUVs and crossovers the best. Here’s the results. The winner was the 2015 Subaru Outback wagon with 25 percent of the vote, second place went to the 2015 Forester SUV (24 percent), third place Toyota Highlander (23 percent), honorable mention went to the Honda CR-V (17 percent) and Tesla Model S (10 percent).

Where are the American cars?

Consumer Reports was asked where all the American cars were? CR says the followers' initial open-ended submissions defined the field. CR says,“To remind, these models were submitted by readers, not selected by Consumer Reports. Among these finalists, the Honda CR-V (Ohio), Subaru Outback (Indiana), Toyota Highlander (Indiana), and Tesla Model S (California) are made in America.” The Subaru Forester is produced at the automakers plant in Japan.

What’s happening with Outback and Forester in the real world?

The Subaru Outback was completely redesigned for the 2015 model year and dealers are having a hard time keeping the all-wheel-drive wagons on their lots. Forester received a remodel from the ground up in 2014 and the SUV had its best-ever sales in its 18 year history last month. Both models in the Subaru lineup are the top sellers for the Japanese automaker and had their best January ever. The CR picks are mirroring what’s going on in Subaru showrooms.

The Subaru brand is more popular than ever right now and both consumers and Consumer Reports Facebook fans say the 2015 Subaru Outback and 2015 Forester are the top two vehicles they want to live with as a daily driver. What vehicle available in the U.S. would you pick?