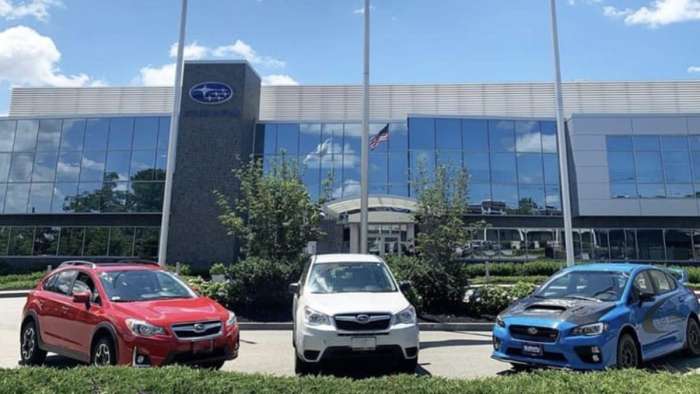 Subaru Disables Starlink In All 2022 Models At Its Largest U.S. Retailer

Subaru has disabled its Starlink suite of onboard technology at its largest Subaru retailer. See why a Massachusetts right-to-repair law has caused the disruption.
Advertisement

Subaru of America has disabled its Starlink in-vehicle technology at its largest independent retailer, Subaru of New England. In all 2022 Subaru vehicles, including the 2022 Forester, Outback, and Ascent SUVs, sold in Massachusetts, a right-to-repair law is the subject of a dispute in federal court between the state and the Alliance for Automotive Innovation.

A report from Automotive News (by subscription) says Dominick Infante, director of Communications for Subaru of America, confirmed that they implemented the decision to disable its Starlink service in Massachusetts before the new vehicles began arriving. Subaru of New England, owned by Ernie Boch Jr., CEO of Boch Enterprises, is the independent distributor for all 21 Subaru dealerships in Massachusetts. 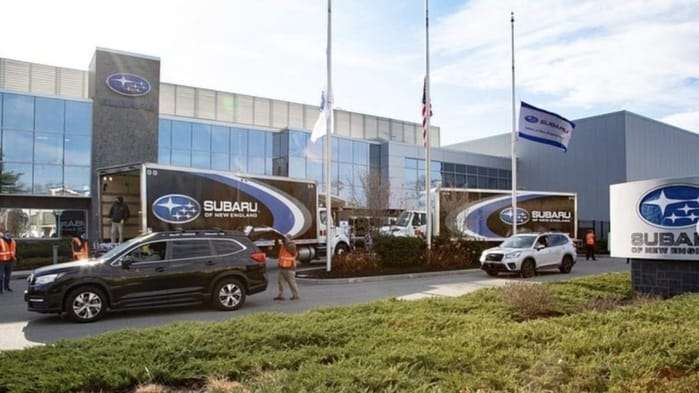 "This was not to comply with the law, because compliance with the law at this time is impossible, but rather to avoid violating it," Infante said in a written statement last week.

Infante went on to say, "Until such a time as we can develop a platform, and Subaru can redesign its telematics hardware and software to comply with the new law's requirements, we feel that this is our only option." 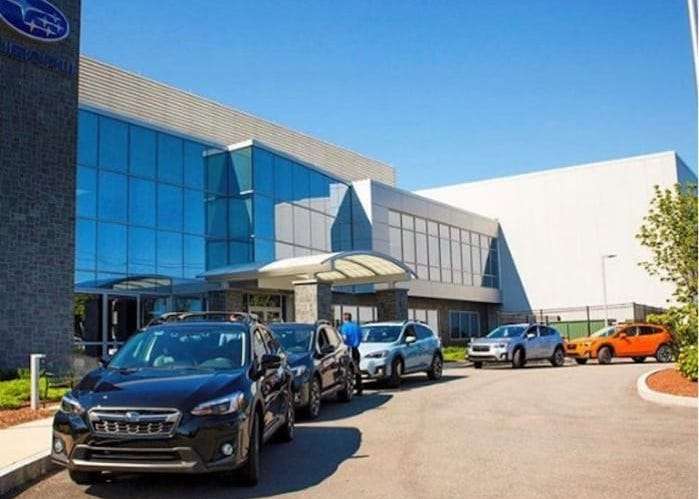 The legal battle is over a Massachusetts right-to-repair law enacted by voters last year that expanded access to data related to vehicle maintenance and repair.

The law requires cars sold in the state to equip new 2022 vehicles "that use telematics systems, which collect and wirelessly transmit mechanical data to a remote server, with a standardized, open-access data platform," according to the Automotive News report.

In Massachusetts, Subaru and other automakers could face potential fines of up to $10,000 per vehicle for violating the updated right-to-repair law if it is upheld in court.

Until then, Subaru's largest independent retailer, Subaru of New England, cannot sell a 2022 Forester, Outback, Crosstrek, or other new 2022 models with its Starlink onboard technology.

jg wrote on November 9, 2021 - 12:10pm Permalink
Awesome response to idiotic lawmakers not knowing how technology works. Will be interesting to see what the other manufacturers that have more integrated systems will do. Personally, I think there ought to be in-car access to all that data (including visual data from cameras) but I'll bet laws like this end up creating systems that will compromise/leak personal information from a "centralized location" (there's no such thing as a "standardized" server without global and federal collaboration for years).
sean juroviesky wrote on November 9, 2021 - 1:17pm Permalink
This has nothing to do with lawmakers not knowing what they are doing, this is a bullshit move by Subaru because they don't want to comply with the law. They can easily meet the needs of the law without any major changes.
Bruce Boyes wrote on November 9, 2021 - 1:27pm Permalink
Good for MA. But this ‘solution’ throws the baby out with the bath water. Let’s hope reason returns soon. If I buy a car do I have access to its data? I’d hope so. There are standardized OBD connectors and data streams for 20 years now. There was a situation years ago where a major DSLR camera maker wanted their new image storage format to be secret and proprietary and require you to use only their software to access your photos! How absurd is that? It didn’t last long and now we have standard raw image formats like Adobe DNG. Similar story here. I should be able to access maintenance data on my own car when I want to, like before or during a long trip in the desert. That’s a safety issue. I want more than the Check Engine light.
Joe Gooder wrote on November 9, 2021 - 9:13pm Permalink
@ jg- "there's no such thing as a "standardized" server". Actually, its as simple as them installing 'Ubuntu' and open sourcing the code for their software that recieves the data, and allow it to connect via USB as well as Wireless Cellphone Connections. "not know how technology works" when i pay 30k+ on a car I should be able to know what private data it is selling, strange that you would support subaru's stance unless you are a car salesman for the company.
Joe wrote on November 10, 2021 - 9:48am Permalink
You aught to just close the facility and move it across the boarder to NH or CT. Why waste all that money on litigation you deserve to lose? MA has the right to set its own rules and you shouldn’t waste my investment money fighting something so trivial. Of MA doesn’t want Subarus business then simply leave the state.
Joe wrote on November 10, 2021 - 9:54am Permalink
I was a huge Subaru fan until right now. I’ll work on getting rid of both my Subarus asap while they decide to disregard our rights. For now I’m selling all my FUJHY shares. Hope you’re happy Subaru you just lost a lifelong customer.
Scott wrote on November 11, 2021 - 1:30am Permalink
Centralized Server ... Sounds like someone wants easy access to track every movement because big brother wants to charge everyone who is not on 'official' business ie. The rich and famous while us peasants see our ability to move freely restricted and when we do move states it'll cost a whole bucket load of cash. Cash Biden and friends is going to make worse and harder to earn because they keep wanting to shut off our ability to be independent... Guy and his cronies have lost their minds #LetsGoBrandon
sean wrote on November 11, 2021 - 6:14pm Permalink
Scott you're an idiot with no understanding of what any of those words mean. This literally give you possession of your own data. You illiterate imbeciles are dragging this country to hell on your way out. Fuck off boomer.

LG's New EV Battery Plant Is a Welcome News for Tesla
Tesla Giga Berlin's New Hurdle: It's Not Only the Gov't, but Now Tesla Itself
END_OF_DOCUMENT_TOKEN_TO_BE_REPLACED