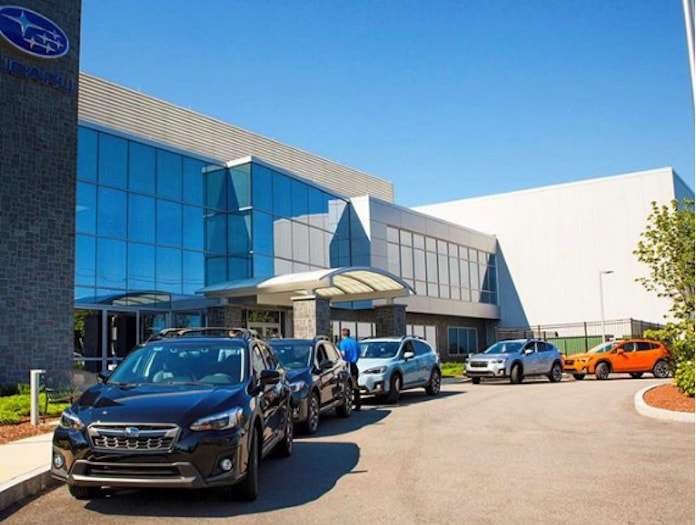 Meet a U.S. Dealer Who Sells More Subaru Cars Than Any Country

Meet a U.S. Subaru dealer who sells more AWD cars than any country, and influenced Subaru Corp to increase the size of the new 2019 Subaru Ascent 3-Row family hauler.
Advertisement

When you think of Subaru in the U.S. it’s Subaru of America (SOA) that comes to mind, right? But there’s a hold-over privately owned distributor from the beginning when the Japanese automaker sold U.S. distribution/dealer territories to 13 mostly independent distributors. SOA, bought most of the original distributors in the early 70s, with the exceptions of Subaru New England and Subaru Distribution Corp which covers New York and parts of New Jersey.

Who is Ernie Boch Jr.? He’s a billionaire businessman whose inherited the company from his father. He’s turned the fledgling Subaru distributorship into a huge automotive empire. He’s become the 30th richest person in Massachusetts with a net worth of $1.1 billion, according to AffluenceIQ in Winchester, Mass.

According to a report from Automotive News, Ernie Boch Jr. has made huge contributions to the brand’s success since the late 80s when he began working for his father. Ernie would frequently meet with FUJI Heavy, Subaru of America's parent company, making suggestions as to what American wanted in the Subaru vehicles.

He pushed for the shift from front-drive to exclusively all-wheel-drive vehicles and Boch Jr. says, ”In the late '80s, we stopped bringing in front-wheel drive and took exclusively AWD.” That’s when the brand created their niche market of AWD vehicles that remains a core value today.

Ernie Boch Jr. also helped determine the size of the all-new 2019 Subaru Ascent 3-Row family hauler. The billionaire told Subaru Corp it needed to be larger than the Japanese automaker originally had planned. He knows his customers and has the sales numbers to influence SOA and Subaru Corporation in Japan. “Subaru is still a boutique-y type vehicle," Boch says. "It is a great alternative vehicle. Subaru is better because of the engineering, styling and support the factory gives to the dealers. I think that Subaru is still just blossoming in the United States.”