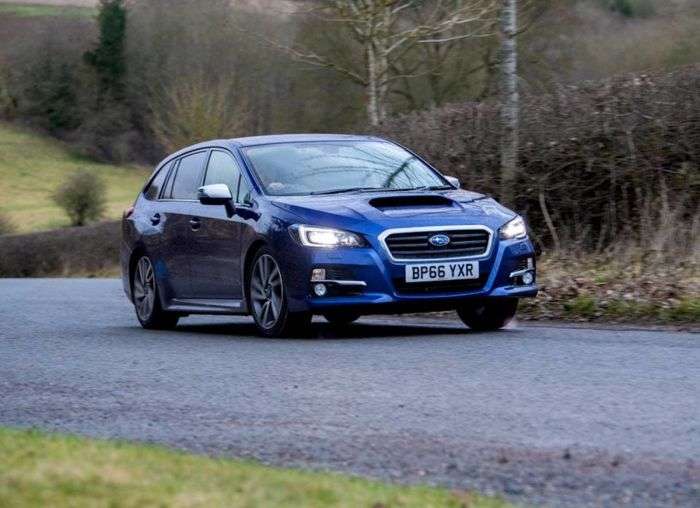 Subaru could ax the Levorg sports wagon. See why the all-new Crosstrek could kill the compact wagon.
Advertisement

Subaru launched the Levorg sports wagon in 2014 for the Japan, European and Australia markets and consumers in the U.S. felt like the forgotten step-child. The U.S. was left out of the mix because wagons aren’t as popular in North America. Now, Subaru may ax the Levorg because European and Australian buyers seem to be moving in the same direction as U.S. consumers. Subaru is selling many more 2018 Crosstrek and Forester models, while Levorg sales are slowing in those markets.

According to a report by Car Buzz, Dev Mistry, Public Relations chief for Subaru, told them at the Geneva Motor Show this week, the all-new 2018 XV (Crosstrek in North America) and Forester SUV “Are essentially killing the Levorg.” Sales of the new XV have been off the charts in Australia, Europe, and Japan, just like in the US.

Levorg came with Subaru’s newly developed 1.6-liter horizontally opposed direct injection turbo (DIT) engine. It combined direct injection turbo and a small displacement engine that provided both outstanding fuel efficiency and sporty performance. But it looks like the Subaru XV crossover is a better fit for Europe and Australia and it will likely be going away. Mistry did not provide an exact time frame as to when the Levorg would bite the dust.

The all-new 2018 Subaru Crosstrek received a complete makeover and buyers are responding to the major updates in a big way. Sales of the new Crosstrek have been red-hot. Subaru of America reported the all-new Crosstrek had its best February ever, and Canada saw the compact crossover post its best January and February ever. It just launched in Australia and Europe and it’s seeing the same results with consumers around the globe.

Subaru Corp reports the XV has seen an increase in exports from Japan where it’s produced, year-on-year due to increased shipments to North America, Asia, and China. Subaru hit a home run with the second-generation 2018 Crosstrek and it’s so popular now in Europe and Australia, it could kill the Levorg sports wagon.

Big Engines wrote on March 13, 2018 - 6:49am Permalink
Just add WRX/STI hatchback and end of story Levorg will not be more needed than hatchback version of WRX/STI
John Nagel wrote on March 25, 2018 - 4:58pm Permalink
Does anyone else want to buy a fully loaded 6 speed Crosstrek? It’s a great car but why can’t you get a 6 speed and leather and navigation?
Steve K wrote on March 27, 2018 - 3:07pm Permalink
Who is Subaru listening to? So frustrated with the choices they make. Sick of car manufacturers giving us what they feel like making and not what the public wants. I get it, bean counting blah-blah-blah. They had the formula and lost it. Take an existing model and add performance. Tried and true since the 60s. I think Subaru sold its soul to Toyota and they are losing me. Their cars have become expensive and sterile. Last chance guys, bring back the wrx wagon or turbo the crosstrek WITH A MANUAL.