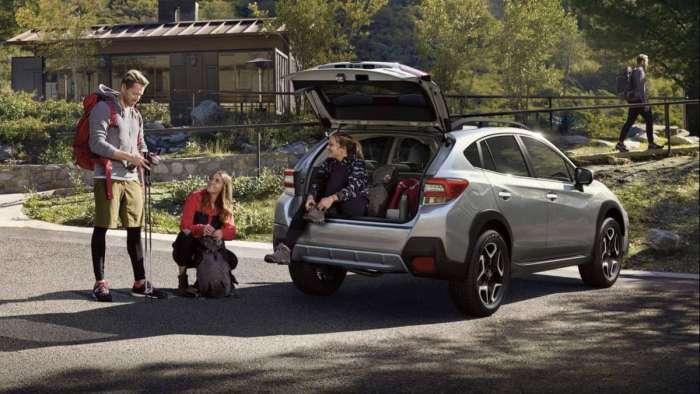 Subaru Crosstrek Is The Megastar In 2018

Subaru sets sales records in 2018 because of one model, the new second-generation Crosstrek. See how the small SUV helps blow away the all-time December numbers.
Advertisement

Subaru had a goal to sell 680,000 vehicles in 2018, and they wanted to achieve 10 years of consecutive year-over-year growth. But how do you do it when auto sales in the U.S. are slumping? Subaru of America exceeded their 2018 goal, but it was as close as you can get. They exceeded their goal by just 135 units and sold a record 680,135 all-wheel-drive vehicles. They also set a new record achieving their best December ever.

How did they do it? Only one model, the 2019 Crosstrek Small SUV had positive sales for the entire year. In 2018, Crosstrek was the megastar for the brand and achieved a new annual sales record with 144,384 units sold to customers in 2018. It’s been Crosstrek all year that has been leading the pack in growth. The small SUV was up +31.1 percent for the year even after dipping -8.2 percent in December.

Subaru Corp designed the second-generation Crosstrek with younger consumers in mind, and the new crossover is attracting more buyers in the 25 to 29 age group than any of their other all-wheel-drive vehicles. Subaru wanted to appeal to a younger audience with the new Crosstrek and it’s working.

The Japanese automaker gave the Crosstrek a new sportier exterior styling and inside, its infotainment package includes the availability of Apple CarPlay and Android Auto connectivity even on the base trim level. Subaru also designed the new-generation Crosstrek for younger buyers with active lifestyles in mind.

Subaru of America has now posted an amazing 85 consecutive months, giving the Japanese automaker seven years of yearly, month-over-month growth and a decade of yearly sales records. In 2018, it was the second-generation Crosstrek that was the megastar for Subaru.