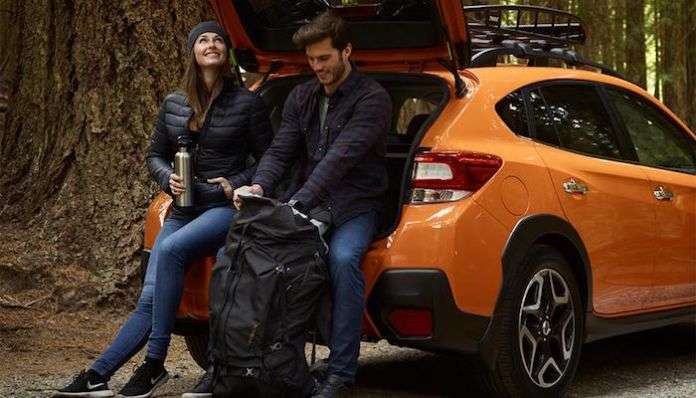 The all-new 2018 Subaru Crosstrek is hot around the globe, outselling Outback and Forester. Where is it the hottest?
Advertisement

The popular Subaru Forester SUV and SUV-alternative Outback wagon are losing ground to the all-new 2018 Subaru Crosstrek around the globe. It’s hot and Subaru scored big with a younger audience with the newly-remolded small crossover. It’s now the top selling model in Subaru’s stable in both Canada and Australia.

Subaru Canada reports, the newly-remodeled 2018 Crosstrek has been the best-selling Subaru model for four months in a row now. In November, Crosstrek saw a 59.8 percent increase over the same month last year, helping the brand have its best November ever in Canada. Crosstrek is outselling Forester and Outback up north.

In Australia, the all-new Crosstrek also helped the brand down under set new records. Sales of the Crosstrek (XV) were up 36.5 percent for the month of November and 18.6 percent year-to-date. Sales of Crosstrek are up so much, its helped Subaru AU break its annual sales record with a full month of sales still to be completed. Crosstrek also outsold both Forester and Outback down under to make it the number one selling model in the lineup.

In the U.S., Subaru’s number one market in the world, it was the best November ever for Crosstrek with sales up 22.7 percent over November 2016. In the U.S., Crosstrek is still third behind Outback which is number one, and Forester number two in the lineup. But the new Crosstrek is up over both models in percentage of increase for the year.

The new Subaru Corp designed the second-generation Crosstrek with younger consumers in mind, and the new crossover is attracting more buyers in the 25 to 29 age group than any of their other all-wheel-drive vehicles. Subaru wanted to appeal to a younger audience with the new Crosstrek and it’s working.

The Japanese automaker gave the Crosstrek a new sportier exterior styling and inside, its infotainment package includes the availability of Apple CarPlay and Android Auto connectivity even on the base trim level. Subaru also designed the new-generation Crosstrek for younger buyers with active lifestyles in mind.

Crosstrek has a 8.7-inch ground clearance, comes standard with Subaru’s Symmetrical all-wheel-drive, and now comes standard with the off-road feature called X-Mode. Its “go-anywhere’ attitude is attracting young millennials who will use the new crossover to get a way from civilization for activities like mountain biking, kayaking, camping and trail hiking in the back country. The all-new second-generation 2018 Subaru Crosstrek is blowing up the Subaru lineup and now outsells Forester and Outback around the globe.