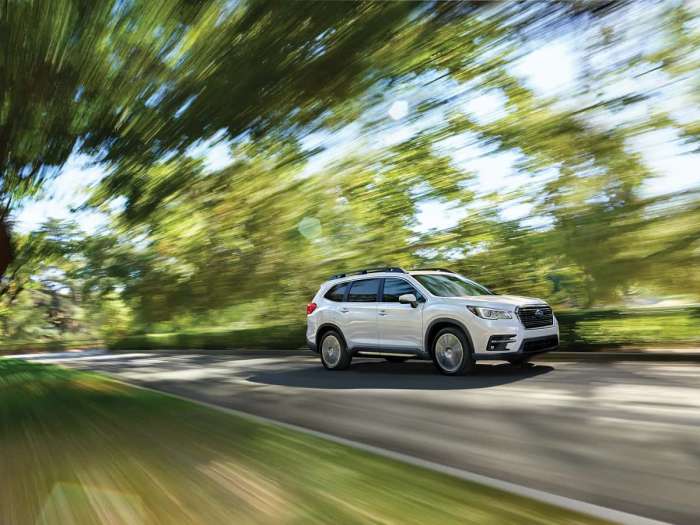 New Subaru Ascent 6-Month Review; Has It Lived Up To Expectations?

The all-new Subaru Ascent has reached its six month anniversary. How is the new 3-Row family hauler doing?
Advertisement

Subaru needed a replacement for the aging Tribeca 3-Row family vehicle because it was too small, sales were lagging and Subaru dealers in the U.S. were asking for a new bigger model. Subaru Corporation listened and designed the new Ascent. Subaru needed a mid-size SUV because they were losing customers with growing families wanting to move up from the Forester SUV, Outback SUV/Crossover and Crosstrek small SUV. The new Ascent went on sale starting in June and it was a big hit with customers.

How is Ascent doing after the six-month mark?

These numbers are about what Subaru of America was hoping for. Before the new Ascent family hauler launched in June, Subaru execs were expecting the new Ascent to be a big hit with North American families and they could sell more than 60,000 of the new family-sized SUVs in the first full year alone. After the 6-month mark, SOA is right on track to deliver around 64,000 Ascents to customers. Ascent arrived in mid-June and it was not a full month.

Subaru figured to cash in on the SUV/Crossover craze that is driving their sales to new records every year, and Ascent has been exactly what the Camden, N.J. automaker expected in the first 6 months. Subaru will sell more Ascents than their Legacy sedan and could sell as many as the new-generation Impreza compact and that is also built at their plant in Indiana.