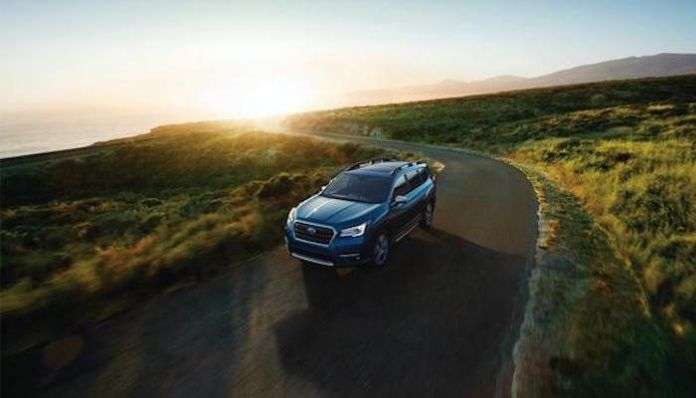 The all-new 2019 Subaru Ascent 3-Row family hauler is powered by an all-new 2.4-liter 4-cylinder Boxer direct fuel injection turbocharged engine, and Subaru says it will offer drivability, power and fuel economy equal to or better than that of 6-cylinder engines. We don’t have the EPA/DOT estimated fuel economy numbers yet, but we can compare the Ascent’s engine horsepower and torque numbers with the competition.

Subaru says, despite its smaller displacement, the newly developed 2.4-liter turbocharged direct-injection boxer engine will achieve smooth acceleration equal to or better than that of competing vehicles with 3.5-liter 6-cylinder engines. That is accomplished with torque more than horsepower, because torque is what gets a vehicle moving from a stop and helps in pulling the vehicle up a hill, or when towing.

Subaru will build the Ascent on its new Global Platform and the new 2.4-liter twin-scroll turbocharged four-cylinder boxer engine sits under the hood producing 260hp and 277 lb. ft of torque. The Ascent 2.4-liter twin turbo four cylinder is their new-generation boxer engine developed specifically for this vehicle that’s built at Subaru’s U.S. factory in Lafayette, Indiana. 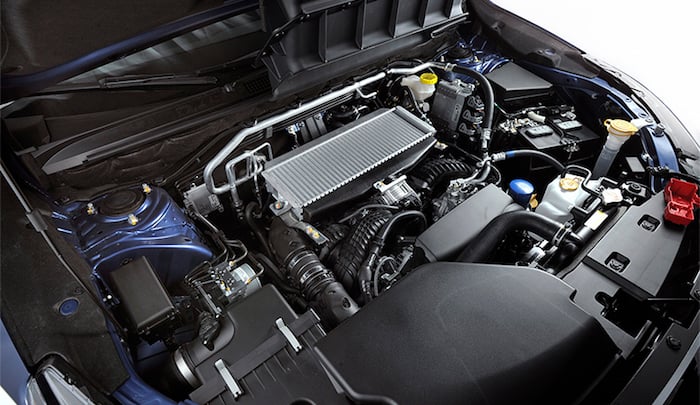 How Ascent 2.4L compares with the competition

The Mazda CX-9’s 2.5-liter turbo gets a massive 310 lb ft of torque, and Explorer’s 2.3-liter turbo also produces 310 lb ft of torque, outgunning the Ascent’s 277 lb ft, but both are turbocharged four-cylinder power plants. Subaru is correct when they say the all-new Ascent 3-Row will achieve smooth acceleration because of torque, equal to or better than that of competing vehicles with 3.5-liter V6 engines. The new 2.4-liter twin-scroll turbocharged four-cylinder boxer engine has more torque than any of the competition’s larger 3.5-liter or 3.6-liter V6 engines.

LG's New EV Battery Plant Is a Welcome News for Tesla
Tesla Giga Berlin's New Hurdle: It's Not Only the Gov't, but Now Tesla Itself
END_OF_DOCUMENT_TOKEN_TO_BE_REPLACED