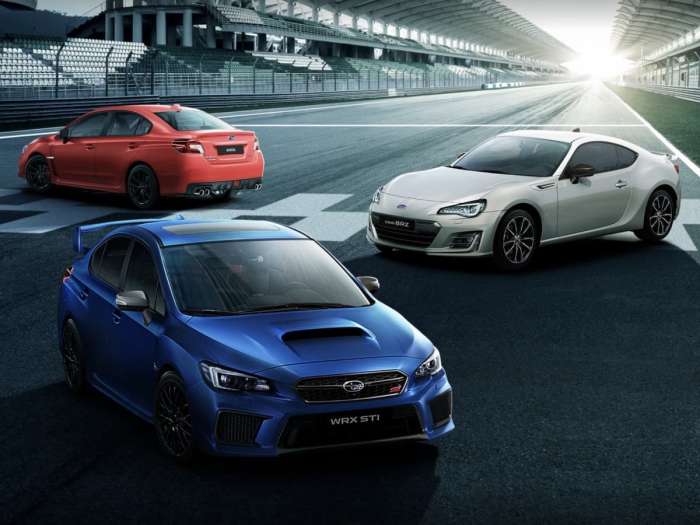 A massive Subaru recall could be coming to Japan and will also affect many U.S. models. Will your Subaru be on the recall list?
Advertisement

When it rains it pours on Subaru Corporation. Reports out of Japan say the Japanese automaker is about to issue a huge recall that will affect several hundred thousand vehicles in Japan and the U.S. because of a faulty engine part. A report from The Asahi Shimbun says Subaru will be reporting the huge recall in Japan to the transport ministry by November 5.

According to sources in Japan, “a valve spring could break and hamper the workings of the engine.” The report says every vehicle Subaru manufactures, except for their Mini vehicles, (not sold in the U.S.) are affected which means hundreds of thousands of Subaru vehicles in the U.S. could be recalled.

This would include all models like Outback, Forester, Crosstrek, Impreza, Legacy, WRX, WRX STI, and BRZ sports coupe. It would also include the Toyota 86 jointly produced with Subaru and uses the same Boxer engine.

The report did not say which model years are affected by the faulty engine part. All Subaru vehicles are powered by a Boxer engine and many models may be using the same valve spring that is causing the potential engine issue. The sources say in Japan alone, the recall will likely apply to hundreds of thousands of vehicles. The costs for the planned recall over the engine part problem could exceed 25 billion yen ($223 million US) in Japan alone.

Subaru could take another image hit

If the report is accurate, the huge recall will also affect thousands of vehicles in Canada, Australia, the UK, and Europe. The engine valve spring issue along with the latest WRX/STI engine failure lawsuits in the U.S., and the fuel mileage falsification scandal in Japan could further damage the Japanese automaker’s image.

Torque News will follow this story and bring customers the latest updates on the potential huge Subaru recall. Stay tuned to see what model year Subaru Outback, Forester, Crosstrek, Impreza, Legacy, WRX, WRX STI, and BRZ models are being recalled. Subaru Corporation is expected to report this to the transport ministry in Japan by November 5 when they release their financial statement for the half-year period.