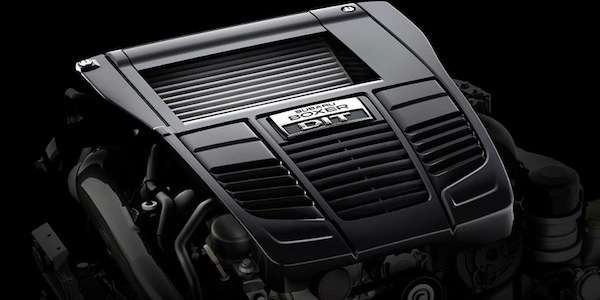 The Subaru Boxer engine hits the 15 million milestone in production. Can you name the first car it powered in 1966?
Advertisement

Subaru and Boxer are synonymous when it comes to the automotive world. Fuji Heavy Industries (FHI), manufacturer of Subaru vehicles, has committed to maximizing the advantages of its Boxer engines and continued to enhance them to power its vehicles since 1966. The Boxer engine has reached a milestone and has hit the 15 million mark in production. FHI and Subaru celebrate 49 years of producing the horizontally-opposed water-cooled four-cylinder aluminum engine.

FHI developed the all-new engine and the first boxer engine powered the Subaru 1000 compact passenger vehicle when it launched in May 1966. The “Boxer” name comes from the engine’s design that features a horizontally-opposed layout where the pistons face each other in a side-to-side symmetrical motion where they appear to “punch” at each other during the combustion process.

Subaru vehicles have a low center of gravity

What makes the boxer engine so effective in Subaru’s multi-purpose all-wheel drive vehicles, is the way it sits low in the chassis. Even though the Forester, Outback and XV Crosstrek have a high ground clearance, the engine's flat, low profile helps to lower the vehicle's center of gravity, enhancing driving stability and handling performance.

In all their engines and particularly in their high-performance WRX/STI line, the opposing pistons work to cancel out the inertia force of each other, resulting in less vibration, superb rotational balance and smooth performance all the way up to their high rev range. Subaru and STI have perfected the high-performance 2.0-lier and 2.5-liter boxer engines in their many decades of motorsport involvement.

Subaru has created a niche market with their multi-purpose Symmetrical all-wheel-drive system, and when coupled with the boxer engine, it develops a unique synergy. Subaru's Symmetrical AWD system is one of the core technologies that is the foundation for the brands success around the globe.

The AWD system gives the driver a feeling of confidence and security regardless of the driving conditions. Even with a higher ground clearance, Subaru vehicles provide driving stability at high speeds as well as brisk cornering. This is due to the synergy that exists between the AWD system and the balanced distribution of weight realized by the Boxer engine that sits low in the chassis.

FHI and Subaru have hit a big milestone with the production of their 15 millionth boxer engine. Coupled with their Symmetrical AWD system, the two create a synergy that is a big reason for the brands success.

Steve wrote on February 18, 2015 - 3:40pm Permalink
The pistons actually "punch" away from each other if you are considering the tops of the pistons.