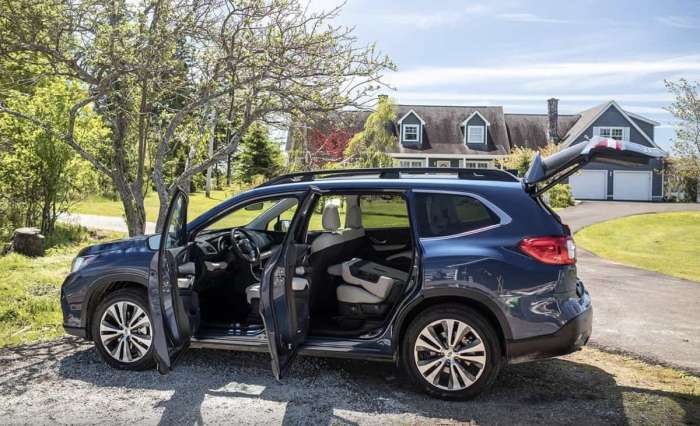 Subaru Boss, “We Could Sell More New Ascent SUVs If We Could Just Get Them”

The new Subaru Ascent family hauler has been an overwhelming success for the brand. But Subaru says they need more.
Advertisement

The all-new 2019 Subaru Ascent has finished a full year and it’s largely been a big success for Subaru of America (SOA). Subaru Corporation heard the cries from across the Pacific for a larger SUV for growing families in North America and the Japanese automaker listened and designed one just for Subaru dealers in the U.S. and Canada. How is the new 3-Row family SUV doing? In an interview with Automotive News, Subaru of America COO Tom Doll says they need more but can’t get enough for customers.

Tom Doll told AN they could sell more Ascent SUVs if they had them. "I can't tell you what the top is for Ascent because we don’t have the inventory levels.” Dealers want more but they can’t produce enough. Doll went on to say, "We just don't have the inventory to get there, which is good because, in our business, one less is always better than one more, although I'd like to have a few more.” Ron Owens, general manager at Wilsonville Subaru in Portland, Ore., told AN, "We can't stock enough Ascents.” 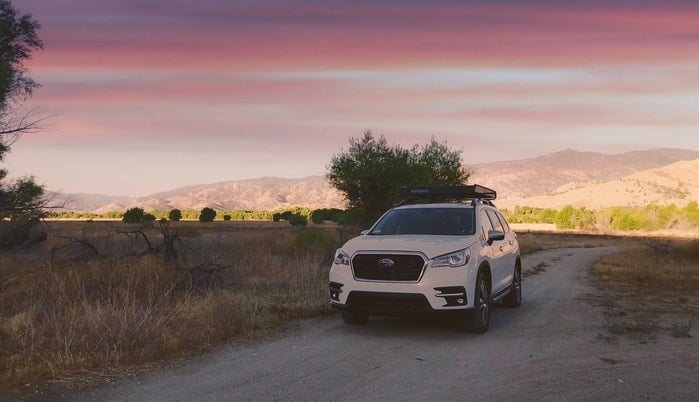 Ascent arrived mid-June last year and will have a full year of sales this weekend. So far, SOA has sold 69,305 Ascents in the first 12 months. The discontinued Tribeca which ended its production fin in 2014, could only muster 76,774 3-Row sales after its 10-year lifespan. So it’s safe to say, Ascent has been a huge success.

Subaru Ascent Is Built in the U.S.

The all-new Ascent is built in Lafayette, Indiana by Subaru Indiana Automotive (SIA), Subaru’s only plant outside of Japan. It hasn’t been all rainbows and lollipops for the Ascent. There have been quality issues as SIA ramped up production of the new SUV. Subaru’s dealer board has gone on record saying “we would like to express our disappointment with the continued poor product quality and with the poor launch of the new Ascent.”

Subaru is cranking out the Ascent family SUV as fast as they can. The SIA plant has undergone a major expansion nearly doubling production capacity. This year, they are projected to produce 370,000 Subaru vehicles, which in addition to the Ascent, the production includes the Subaru Outback SUV, new Impreza compact sedan and 5-Door hatch and the Legacy sedan.

Subaru has been a victim of their own success as they’ve seen record growth in the U.S. for the last 10 years. They have been trying to keep up with the demand for their all-wheel-drive SUVs while maintaining a high-quality product for their customers. 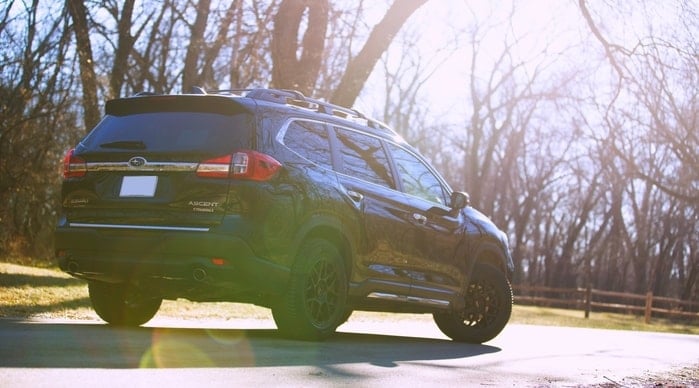 There have been growing pains as the brand launched the largest vehicle they have ever built, but largely, the all-new Ascent has been a huge success. The second-year 2020 Subaru Ascent is coming with a few upgrades and a small bump in price for the upper trim levels and arrives later this summer. Stay tuned.

Watch 2019 Subaru Ascent being one of the most family friendly SUVs in America and click to subscribe to Torque News Youtube Channel for daily Subaru and automotive news analysis.

Bookmark my Subaru page and be sure to follow the latest 2020 Subaru Ascent reports on Facebook, Twitter, Instagram, Subaru Report. Tweet your Subaru news tips to us @SubaruLegitNews and we'll give you a shout out! Be sure to check back tomorrow for more Subaru news and updates.

Denis Flierl wrote on June 29, 2019 - 7:49am Permalink
How concerned are you with Subaru's quality? Have they grown too big, too fast?
Digitaldoc wrote on June 29, 2019 - 12:33pm Permalink
Huge success? Well if the yardstick is the Tribeca, than ok. For YTD sales in the US, the Ascent only sold 33k units, which puts it in 9th place. Beating it are the Jeep Grand Cherokee, Jeep Wrangler, Toyota Highlander, Subaru Outback, Honda Pilot, Hyundai Santa Fe, Toyota 4Runner, and Kia Sorento. To my eye, there is still plenty more work to do, and not a runaway success. Interestingly, why is the outdated Subaru Outback beating it?
Bones wrote on June 30, 2019 - 8:27am Permalink
If you think about the market, the outback has an established following and a longevity of solid sales. The Outback has plenty of inventory and with the 2020 Outback coming out, there are good deals and financing offers on the 2019. There is also a large number of people who do not like monster SUV sizing. in the US, wagons are limited in options below the 50k price tags of Volvo and Mercedes. The only sub-40k family-wagon type vehicles are about two... the Outback and the Buick TourX!
Numbone wrote on June 30, 2019 - 11:36am Permalink
You are comparing apples to Outbacks. The ascent has only just been released and it's not realistic to compare it to successful models with decades of marketing and sales behind them. Time is the missing ingredient in your thesis.
Henry Wire wrote on June 30, 2019 - 7:32pm Permalink
Because the Outback is a good vehicle for all families. It's hard to beat out a car that will keep you very much alive from a wreck. Plus it has good accoutrements and is easy to handle for an full time all-wheel drive.
Shirley Mccall wrote on July 1, 2019 - 6:38am Permalink
We waited from January to End of April for a 2019 Forester. It finally arrived, we bought. It was temting to go with the outback because they were plentiful, and on sale constantly with great interest rates. I just didn’t care for the body style. As a previous owner of a forester, we wanted another one. They were harder to come by than the Ascent. All that said, I think the outback has been more of a top seller because of availability and great sales. Sounds like Subaru needs to open another production plant in the USA.
Jim T. wrote on June 30, 2019 - 8:48am Permalink
Perhaps they can't make enough Ascents because they are backlogged replacing all the bum transmissions. They dropped the drivetrain of a much lighter vehicle in this and the automatic transmission is apparently not up to the job. Research it!
Mike wrote on June 30, 2019 - 11:35am Permalink
I have an Ascent as a loaner while my Outback is getting some warranty work done. I'm not impressed. Styling blends in with SUVs of similar size. The CVT plays games with the turbo boost. Some light/mild throttle applications I can feel mild engine surging as the RPM gets high enough for boost, then the CVT changes ratios and drops the RPM just enough to lose boost. Rinse/repeat until you back off the throttle or give it more gas. If the CVT were programmed to act more like a Nissan (hold engine RPM based off throttle input), it may smooth out the power delivery.
Subaruheadgaskets wrote on July 1, 2019 - 8:21am Permalink
Poor Subaru buyers have no idea they'll need a $5000 head gasket job at 90k mi.
james gross wrote on July 8, 2019 - 1:45am Permalink
nothing lasts forever, it is called wear and tear, 04 forester, head gasket at 120k, transmission at 150k, if u dont like it, buy a toyota corolla or a nissan sentra.
Tom Collins wrote on July 1, 2019 - 12:55pm Permalink
I can't get past the name. I don't want to buy a car named after a stinky butt hole.
jame gross wrote on July 8, 2019 - 1:42am Permalink
i am impatiently waiting for 0% financing on the 2019 forester, why cant they ramp up production? the Car is scarce on the east coast..
Jeff wrote on August 16, 2019 - 2:58pm Permalink
You won't be seeing 0% on the Forester anytime soon. Most dealers are expecting to see significant zero-inventory time for the Forester between the end of the 2019's and start of the 2020's. Production IS up from the 2018 model year, just not enough to make up for the spike in demand. I would guess the 2021 model at the earliest for a 0% option - and that will probably only happen if auto lending rates don't continue rising.