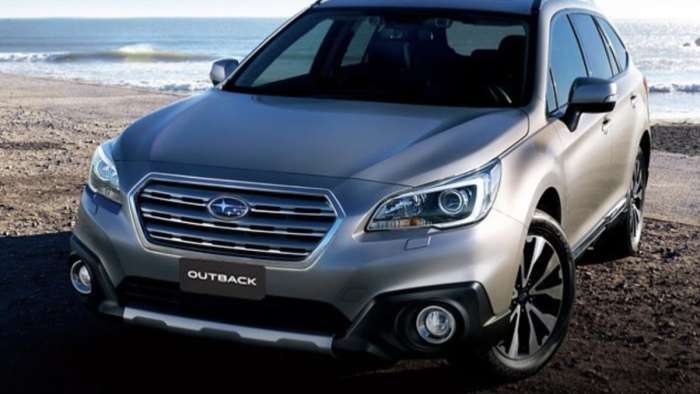 Will Customers Have Quality Issues With New 2020 Subaru Outback Like Ascent?

Subaru is riding high now, but for how long? Subaru dealers are worried customers will have similar quality issues with new 2020 Outback as Ascent.
Advertisement

Customers are waiting for the all-new seventh-generation 2020 Subaru Outback to arrive and it should be a big hit with a more powerful 2.4-liter turbo engine, new Global Platform with improved driving dynamics, a roomier cabin, and improved safety tech. But Subaru’s success in America could spur problems for the new Outback according to concerns from Subaru’s dealer network.

Subaru has seen impressive growth in the U.S. for the past 10 years with record sales and expansion. But they have experienced growing pains that are manifesting itself in poor quality and it’s showing up with the all-new Ascent 3-Row family hauler. The new Ascent is built at the U.S. plant in Lafayette, Indiana and has seen quality issues and some SUVs were recalled and destroyed due to manufacturing defects on the assembly line.

Dealers are worried the new 2020 Outback, manufactured at the same plant, could see the same quality issues because of the Subaru Indiana Automotive plant trying to keep up with demand for the new SUV/Crossover that will launch later this summer. According to internal documents intercepted by Automotive News recently, certain U.S. Subaru dealers and company managers are already concerned.

“We continue to be concerned that Subaru is not making the necessary investments and changes fast enough to ensure that vehicles are being produced with the quality the brand and its customers deserve,” Subaru’s U.S. National Retail Advisory Board wrote in a September 18th resolution to top management in the U.S. and Japan after last year’s rollout of the U.S.-built Ascent crossover was maligned by recalls. The board also noted it “would like to express its disappointment with the continued poor product quality and with the poor launch of the new Ascent.”

Automotive News interviewed Tom Doll, CEO of Subaru of America at the Chicago Auto Show where he acknowledged dealers had expressed concerns to Subaru executives in Japan. “This situation is going to correct itself,” Doll told AN. “A lot of it’s growing pains, right? But we’re not concerned at all about whether or not it’s going to get fixed or not. It will get fixed. We’re hopeful that it gets fixed fairly quickly.”

Quality is a concern

Also in the September 18th resolution, Subaru dealers expressed concern about how the Japanese automaker’s overall product line is slipping in quality. The board wrote, “Unfortunately, customers continue to have many issues with their Subarus, and the brand continues to slip in IQS and other industry metrics related to product quality. This is unacceptable and contradictory to what Subaru continues to tell the board and retailers about improvements being made thru quality initiatives.”

With its impressive growth, Subaru Corporation is having growing pains in Japan and the U.S. market. Customers have been waiting for the newly-redesigned 2020 Subaru Outback to arrive and expectations are high for the new SUV-alternative all-wheel-drive vehicle. As it enters pre-production at the U.S. plant, dealers hope the seventh-generation Outback won’t have the same quality issues as it’s stablemate Ascent has experienced.