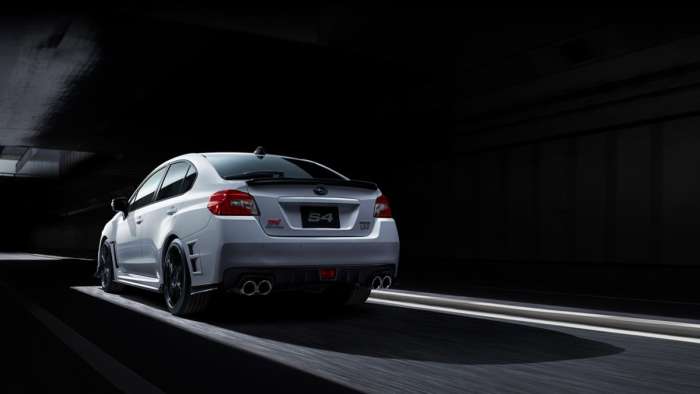 Subaru announced a new 2020.7 WRX S4 STI Sport # model for the Japanese market that reveals what the Japanese automaker has in mind for the next-generation WRX coming sometime next year. The WRX S4 STI Sport # performance sedan will be a limited production (500 units) sports car and is on sale today and will only be available until October 22, 2020, or until orders reach 500. 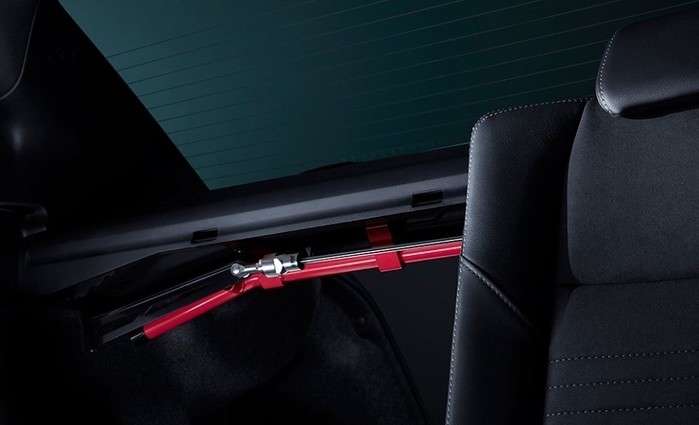 It looks to us like STI is experimenting with the current generation WRX to see how to improve the next-generation sports sedan. Masuo Takatsu, General Manager of the Development Division for Subaru Tecnica International, says they developed a new flexible draw stiffener in the rear, and flexible tower bar specifically for the WRX 4 STI Sport # and the synergy improves driving dynamics. 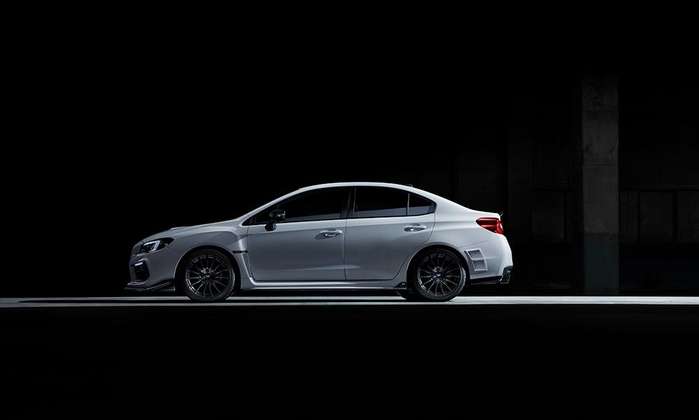 Subaru Tecnica International also tuned the intake and exhaust systems with a performance air cleaner element and a new low resistance muffler. By improving the air intake and exhaust flow they are able to increase engine torque by 10 percent over the entire range. STI says they see a difference in acceleration. This is nothing new, as performance enthusiasts have been doing this for years with aftermarket equipment.

STI also improved interior noise by increasing the thickness of the sound-absorbing material used under the floor. They also added materials with high vibration damping effect to the vibration damping materials placed in the spare tire pan. STI says they have reduced road noise (200Hz) by -0.6dB in the front seats and -0.5db in the rear seats compared to the current model. 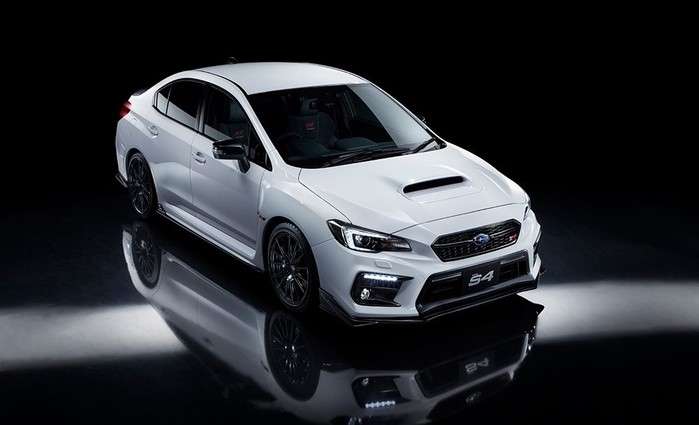 The news is not all good. The limited edition WRX S4 STI Sport # only comes with a Sport Lineartronic CVT automatic transmission. This also points to what Subaru could have in mind for the next-generation WRX. They want to equip all models at some point with EyeSight driver assist technology, and it’s not compatible with a 6-speed manual gearbox. We don’t know if Subaru will drop the manual gearbox in the next-generation WRX but don’t be surprised if they do.

Inside, the WRX S4 STI Sport # gets an all-black cockpit with steering wheel and Recaro seat and trim in ultra suede. The 2020.7 Subaru WRX S4 STI Sport # gives fans an idea of what Subaru has in mind for the next-generation 2022 WRX. They are experimenting with the sport sedan’s body rigidity, enhancing aerodynamics, improving intake and exhaust flow, and reducing cabin noise.

None of this is earth-shattering, but there is good news as one of the main criticisms of the current generation WRX is there is excessive interior noise. Look for the next generation 2022 Subaru WRX to have improved steering, aerodynamics, and driving dynamics, and it will be quieter in the cabin. Most WRX owners want to make their sports cars as loud as possible so Subaru may not want to make a point of this new upgrade.

Brian G. Marcine wrote on May 27, 2020 - 10:04am Permalink
BFD!! We keep getting teased about the new model....well let's see it already! Not many changes here to make it worth while especially with a cvt dumb! Recaro seats are so uncomfortable and black interior i as way too hot and always looks messy...cmon subie step it up already!! Why I traded in my STI
Dave wrote on May 27, 2020 - 2:44pm Permalink
Noise reduction of 0.5 db or 0.6 db ? The human ear cannot distinguish less than about 3.0 db of change, so why even mention it?
Mike wrote on May 27, 2020 - 7:42pm Permalink
Cabin noise? Most of what I here in my 2018 WRX is motor. Plus it's a high performance car, not like real race cars have sound proof interiors haha.
Steve Holderness wrote on May 28, 2020 - 8:50pm Permalink
An automatic? Really? No thanks.
Carl wrote on May 29, 2020 - 1:06am Permalink
I’ve been holding out for the new generation of WRX but if they drop the manual transmission I’m either getting a used one or a Civic SI.