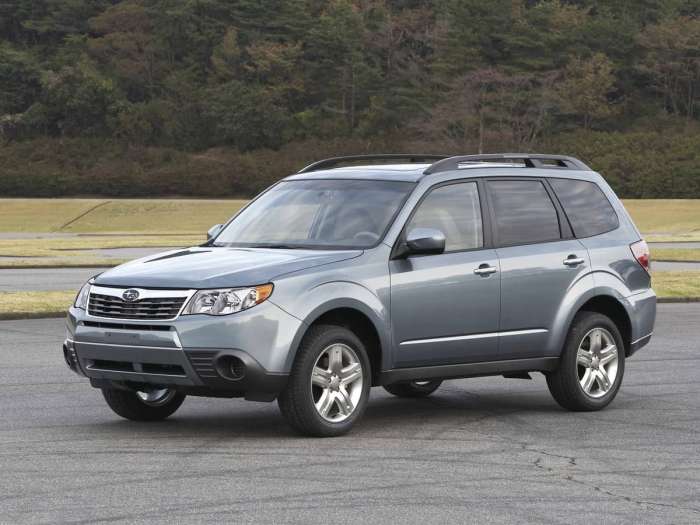 Subaru Corp has announced a huge engine recall in Japan. See what models are affected.
Advertisement

Subaru Corporation announced today they have reported a huge recall of four vehicles to the Ministry of Land, Infrastructure, and Transport in Japan. Subaru says the Subaru Impreza compact car, XV small SUV (XV Crosstrek in global markets), Forester SUV and BRZ sports coupe are being recalled for a flaw in the design of the valve springs in the vehicle’s FB20 2.0-liter Boxer engine. The total number of vehicles being recalled in Japan totals 74,349.

There are 14,503 Subaru Impreza models being recalled, XV Crosstrek models total 33,062, Forester models total 18,981, and 7,803 Subaru BRZ models are recalled as of November 1, 2018. The announcement made today by Subaru Corp says the faulty valve springs will be replaced because the springs may be broken due to “excessive load” than they were originally designed to handle. It’s caused by “small foreign matter in the spring material due to general manufacturing variation.” Subaru says abnormal noise is generated and engine malfunction occurs, and in the worst case, the engine may stop running.

In a separate recall, Subaru Corporation is recalling 8,645 Subaru Legacy sedan models for a faulty fuel gauge. The fuel gauge doesn’t register the correct amount of fuel in the tank and the car could run out of gas. The production dates are August 2, 2018, through October 2, 2018.