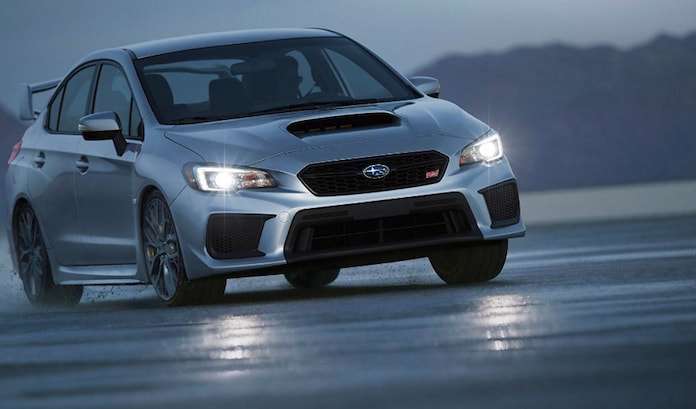 The Subaru 50th Anniversary edition color and limited numbers have been leaked. Here’s the details.
Advertisement

Subaru will feature 2018 WRX, WRX STI, and every model in their lineup with the special 50th anniversary trim, and each will be available in Limited trim except Forester coming in the top Touring trim. We originally speculated, the anniversary models would come with a new “Gold” exterior because 50 years is typically the “golden anniversary”, but Subaru is going with the special blueish/silver color.

Subaru said the 50th anniversary limited edition models will feature the new, Heritage Blue color (not officially announced) and will also come with special badging. We’ve heard the commemorative "Subaru 50th Anniversary" badge below with a silver ring, gold star and the Heritage Blue color will be placed on the front fender of each model, and they’ll also get special wheel finishes. Inside, each model will feature black leather upholstery, silver stitching, silver seat belts, and special embroidered logos. 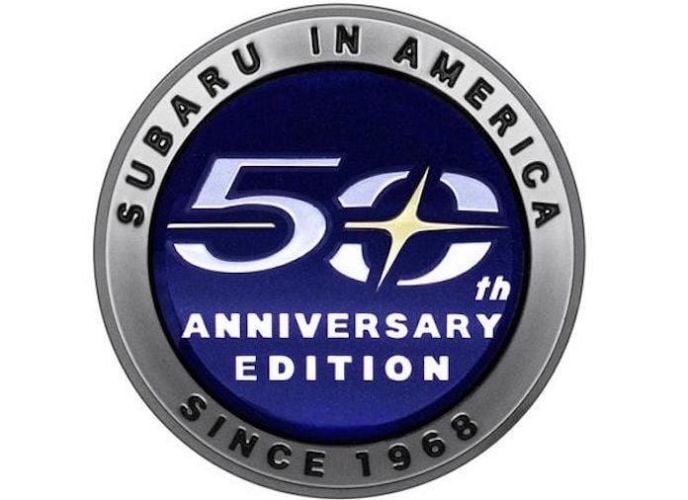 The Subaru source revealed the number of each 50th anniversary edition was leaked on an internal company communication and each model (except WRX/STI and BRZ) in the lineup will be limited to 1050 examples. 2018 Subaru WRX, WRX STI and BRZ sport coupe will get 1050 total examples for the performance line. WRX will get 600 Limited trims, WRX STI Limited will see only 200 examples produced and BRZ will get 250 Limited models in the special 50th anniversary trim.

The 2018 Subaru WRX, WRX STI, BRZ, Forester and Crosstrek are produced in Japan and could arrive later than their American made counterparts. Outback, Impreza and Legacy are made at the Subaru Indiana Automotive plant in Lafayette, Indiana and could be available sooner. The all-new Subaru Ascent 3-Row family hauler doesn’t arrive until summer 2018 and most likely won’t get the 50th anniversary trim.

Subaru of America says more details and pricing on the limited-edition models will be made available when the 50th Anniversary editions make their debut at the Chicago International Auto Show in February 2018. Stay tuned.