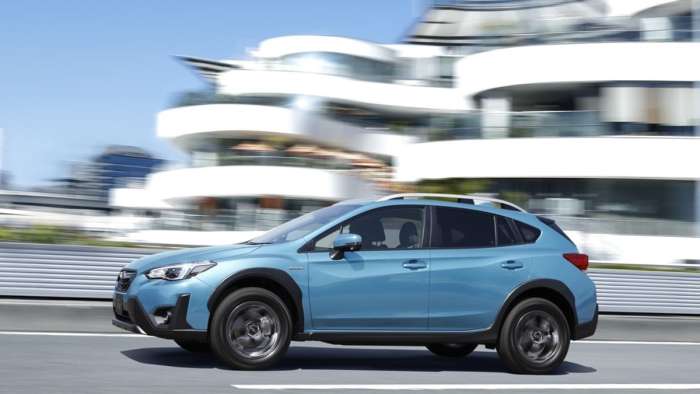 Subaru announced a new 2021 Crosstrek e-Boxer Hybrid "Smart Edition" in Japan. Customers in the U.S. can only look and not touch.
Advertisement

When will Subaru launch a Crosstrek hybrid in the U.S. that's available for all customers? Subaru of America offers a 2021 Subaru Crosstrek Plug-In Hybrid, but its availability is limited. The 2021 Crosstrek "Smart Edition" e-Boxer hybrid was just announced in Japan, but it won't be coming to U.S. customers.

The U.S.-spec Crosstrek Plug-In Hybrid sell in every state, but customers who want the hybrid model have to wait in most U.S. states when ordered. You won't find any sitting in dealer showrooms unless you live in California or the Northeast coast states. 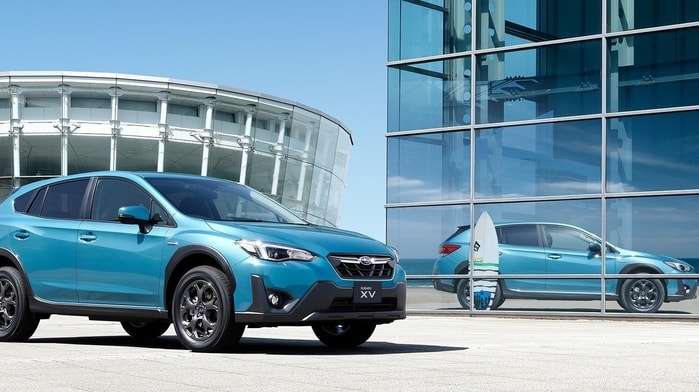 Why doesn't Subaru offer the Crosstrek e-Boxer hybrid sold in Japan, Europe, and Australia in the U.S.? If Subaru of America made it widely available, it would sell well, especially if the Camden, N.J. automaker offered a sporty model like the new "Smart Edition" just announced in Japan.

Active customers in North America want a fuel-efficient and a sporty Crosstrek model for city commuting and getting away from civilization.

Subaru of America asked for a Crosstrek trim with more power, and Subaru Corporation delivered with the new 2021 Crosstrek Sport and Limited with the 182 horsepower 2.5-liter engine in the subcompact SUV. 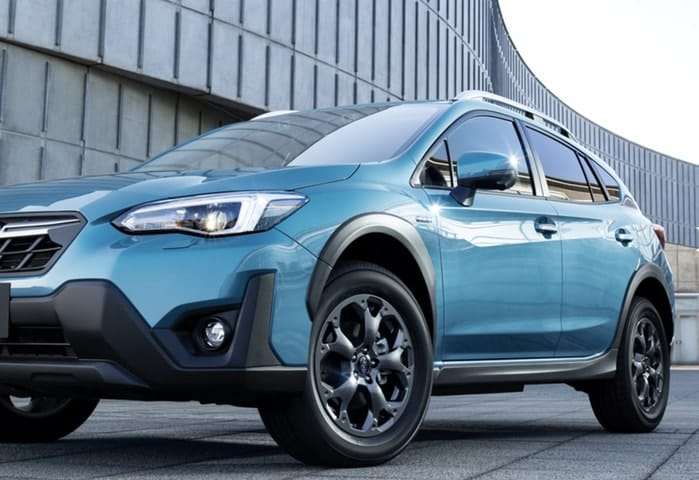 Why doesn't Subaru of America get the Crosstrek e-Boxer hybrid models?

Subaru retailers sell as many of the gas engine Crosstrek models as they can get, and demand is high for the popular subcompact SUV. The model is Subaru's fastest-selling car in North America, and there is no need for Subaru to offer the 2021 Crosstrek e-Boxer in the U.S. market.

Torque News contacted one of the largest Subaru retailers near Denver, Colorado, and they told us they are out of 2021 Crosstrek models and won't have any more until late July. And every Crosstrek in the pipeline is reserved as a sold unit.

The 2021 Subaru Crosstrek Sport is a hot model for the automaker, and it's selling better than expected. It's hard to argue with Subaru's strategy that's working well. Retailers are selling the subcompact models as fast as they can get them.

What's coming for the 2022 Subaru Crosstrek?

The Crosstrek is in the final year of its five-year lifecycle. Subaru will bring few changes to the 2022 Crosstrek, but the 2023 Crosstrek will be the model to watch. Recent reports say the compact SUV will get a new fuel-efficient 1.5-liter direct-injection turbocharged engine. Check out the Torque News report below.

You Might Also Like: A New Report Says Subaru Crosstrek Will Get A New Fuel-Efficient Turbocharged Engine Soon

Matt Nekola wrote on June 18, 2021 - 11:06am Permalink
You can NOT order a Plug-in Hybrid Crosstrek in every U.S. State, They are only sold in California, Oregon, Virginia, Pennsylvania, New Jersey, New York, Connecticut, Massachusetts, Maryland, New Hampshire and Maine. I tried to special order it in the Midwest and was told to travel and buy it from an “Authorized Retailer” who already had Crosstrek Hybrids for sale. It is the best of the 5 Subarus I’ve owned, thus far, despite the smaller cargo area.
Daniel Deremiah wrote on January 1, 2022 - 4:49pm Permalink
I assume we can travel to a Subaru Hybrid state and buy the Hybrid Subaru and then bring it back to a nonselling home state. Can we still get the maintenance service done locally? DRD
Jeff wrote on June 29, 2021 - 11:36am Permalink
What's the actual difference between the Japanese version and the PHEV we have here? Feels like that should have been the point of this article.