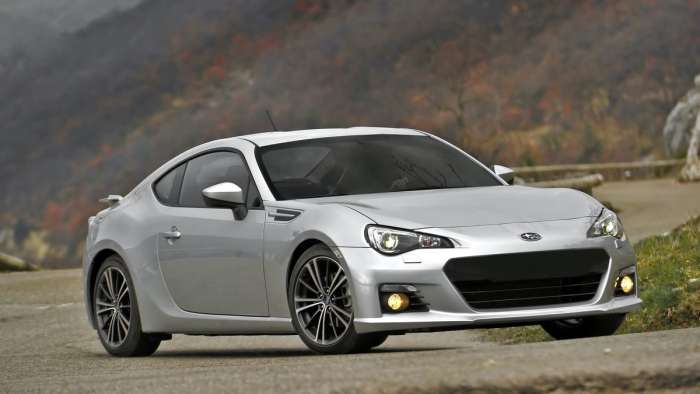 Subaru and Toyota issued a massive engine recall late last year for the BRZ and FR-S sport coupes, but recent reports say the fix is causing engine failures. The recall was issued for 2013 Subaru BRZ and 2013 Scion FR-S vehicles. The engine valve springs in these vehicles may fracture causing an engine malfunction or a possible engine stall. But the fix being done at some dealers is worse than the original issue.

Recent reports from FR-S and BRZ forums say some owners have experienced engine failure after the recall fix was done at the dealer. The repairs aren’t cheap as the engine work takes more than 12 hours to complete. Some have suggested that Toyota mechanics aren’t qualified to work on the Subaru 2.0-liter Boxer engine in the FR-S and may be botching the job due to incomplete guidance, inexperience, or both.

Are technicians applying too much sealant?

A common theory has developed at FT86Club that technicians are applying too much sealant when putting the engines back together, causing the liquid gasket to seep into the oil. The procedure needs to be done in a very specific manner that's unique to the construction of the Subaru flat-four engine, a powerplant not found in any other Toyota vehicle outside the Scion FR-S and now the Toyota 86.

A thread on the FT86Club owner's forum has 17 owners reporting everything from sudden power loss, knocking, and complete engine failure in the last month after getting the 2.0-liter Boxer valve spring recall completed. Notably, 15 are Scion FR-S, while only 2 are Subaru BRZ coupes.

Subaru even issued revisions to its instruction package with bold, highlighted sections calling for technicians to “take their time” when performing intricate repair procedures. The most recent bulletin was issued on February 13th, saying “It is critical to make sure all the original sealer is removed and the affected sealing surfaces completely clean before applying any new sealer. A thorough inspection of the front timing cover and inside the cam caps for any small pieces / bits of removed sealer or any other contamination is essential to provide a quality repair. Any contamination can cause (engine failure.)”

In the auto industry, there is a difference in pay for jobs under warranty (recall work) and out of warranty. Jobs covered by manufacturer warranty pay significantly fewer hours than the same jobs on vehicles that are out of warranty. This is because recall work is done for free and reimbursed after the fact by the automaker. Some technicians may be hurrying to get the work done and not properly applying the sealant.

According to reports from various owners and dealers around the U.S., it could take almost two years to get the repairs done by Subaru dealers. One report from the Burlington Free Press in Vermont says, dealers are waiting for parts and repairs have not yet begun, but that could be good for owners who wait. It will give techs, especially Toyota, time to get this one figured out.

Bill Hunter, the service director at Burlington Subaru in Vermont says, "We’re still waiting on training which won’t be available to us until February 12th and, due to a limited supply of special tools needed to perform this recall, we only have the ability to perform one of these recalls per day.”