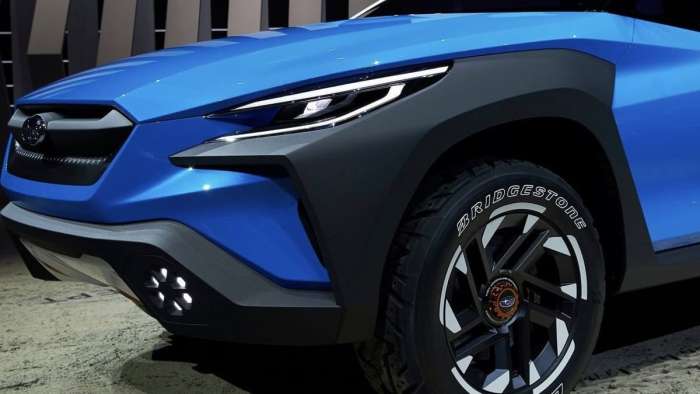 Subaru and Toyota are jointly developing an all-electric model that will arrive sometime in 2021. See what the automakers are planning now.
Advertisement

Subaru has a new 2019 Crosstrek plug-in hybrid in the U.S., they just unveiled new 2020 Forester, and Crosstrek “e-Boxer” hybrid models in Europe, but when will an all-electric model be announced? According to a report by The Japan Times, Subaru and Toyota are jointly developing an all-electric model that will arrive sometime in 2021.

This is how Subaru will catch up with the large manufacturers around the globe. They are tapping Toyota Motor to do it. Toyota owns a 16.5 percent share in Subaru Corp (the two companies co-developed the Subaru BRZ and Toyota 86 sports cars), and Toyota is now assisting Subaru in bringing a new EV and electrifying its lineup.

The report says Subaru Corporation will freeze its own EV development project due to the large cost of going it alone, deciding to gain experience from working with Toyota first. Subaru has sent “several dozen engineers to Toyota” and are currently working on interior and exterior equipment for EVs together in the collaboration. Co-developed EVs will be sold under their respective brands, the sources said.

The news of joint production of a new electric vehicle is an expansion of their collaboration in recent years in the development of basic EV technology. Subaru is also doing it with help from Toyota, Mazda, and Denso. At the end of September 2017, Toyota and Mazda announced they would form a joint venture with parts maker Denso to design, test, and build components for a shared electric-car platform.

Torque News reported Subaru would join this new partnership in order to acquire the basic technology needed to develop their new Subaru EV. The small Japanese automaker is developing their e-Boxer hybrid technology on their own, and will use the electric drivetrain technologies from the partnership with Toyota for this new all-electric model and introduce it around the globe possibly in 2021-2022.

Subaru just unveiled a new Adrenaline Concept SUV at the Geneva Motor Show that gives customers an idea of what could be a new all-electric all-wheel-drive adventure vehicle. Subaru filed a patent for the name Evoltis last year that could be used for their all-electric model. Stay tuned.

John Ryan wrote on March 16, 2019 - 4:26am Permalink
Evoitis sounds like a perfect set up for comedians: Avoid us I'm hoping it will be worthy of all electric. Maybr they should partner with NISSAN, who have been improving their EV cars. The only way to challenge the mighty Musk, is to pass the 300 mile charge distance.
Melinda wrote on May 3, 2019 - 5:00pm Permalink
I was just unaware how lighting be capable of turning your mood and make your entire self relax. Recently we received a brief from clients of ours to redesign their office cabin. They come in various colors that could match you walls.