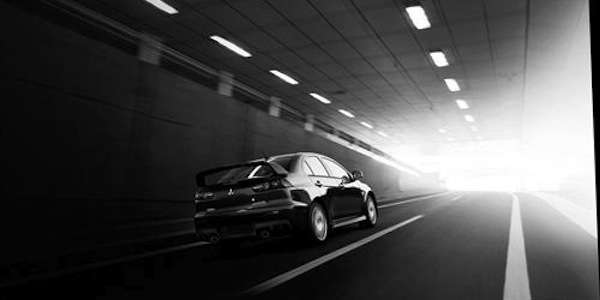 The 2015 Mitsubishi Lancer is about to make its dealer launch and gets two new exclusive packages for the 2015MY. How much will they cost?
Advertisement

The 2015 Lancer Evolution comes standard with a number of technology features that include Mitsubishi Motors' FUSE Hands-Free Link System that allows users to wirelessly connect to their Bluetooth-enabled cell phone, iPod or USB drive by using voice commands. It also comes standard with comfort features like automatic climate control; leather-wrapped sport steering wheel with cruise and audio controls. On the outside, Lancer Evolution comes with an aerodynamically-enhancing rear diffuser, a pronounced rear deck lid spoiler (standard on GSR) or a lower-profile rear lip spoiler (standard on MR). There are also two new mutually exclusive packages for MY2015 GSR.

The Lancer Evolution has already been discontinued in many of the other markets around the world. The legendary Lancer Evolution high-performance sports sedan continues on for the 2015 model year in the United States and will make its dealer launch this fall. The 2015 Mitsubishi Lancer Evolution will feature 2 new amenities packages for the GSR trim level along with the addition of numerous new features to the standard equipment package for the top of the line MR Lancer Evolution. Performance fans have one more year to get the Rally-bred performance car.