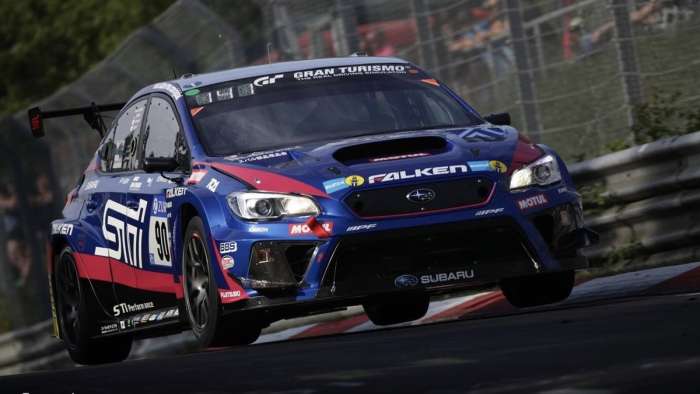 The 2019 Subaru WRX STI takes on the Green Hell and will attempt its 6th Nurburgring 24-hour class title.
Advertisement

Why does Subaru run the WRX STI in the grueling Nurburgring 24-hour race? Because they want to prove the STI is better than the leading European manufacturer’s cars. It’s a battle to see who’s car and drivers can stand up to the Green Hell and survive, and maybe win. Subaru takes this extreme race seriously and will attempt to win two years in-a-row and add a 6th class title.

Hideharu Tatsumi, team general manager for STI will lead the effort along with service personnel selected from Subaru dealers in Japan who will participate in the race as a part of team crew together with STI engineers. Carlo van Dam (Netherlands), Tim Schrick (Germany), Hideki Yamauchi (Japan) and Takuto Iguchi (Japan) will be driving again as defending class champion.

Can the newly-upgraded 2019 Subaru WRX STI NBR win its 6th class title? The countdown is on. Stay tuned.