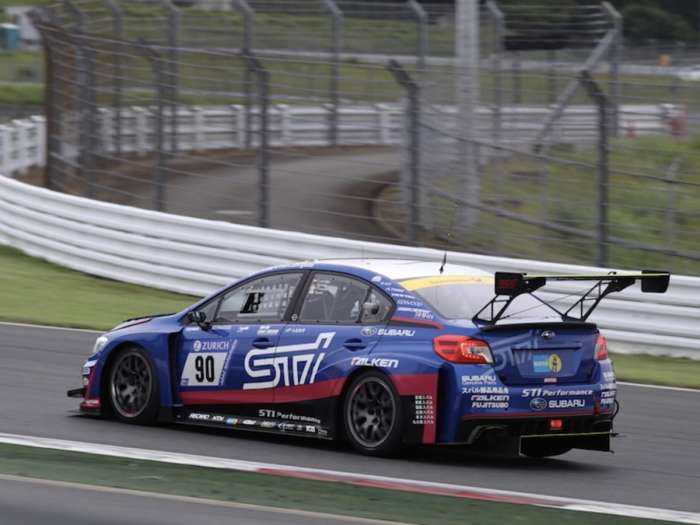 Subaru has already started WRX STI prep for the 2019 Nurburgring 24-Hour race car. See what changes are coming to the STI for 2019.
Advertisement

Subaru and Subaru Tecnica International (STI) want to win their sixth Nurburgring 24-hour race when it takes place at the Ring next June. They won the grueling day and night race last year, where they picked up their 5th class title and their third win in four years. Subaru and STI have already begun preparing the 2019 Subaru WRX STI for the race nine months in advance with testing at Fuji Motor Speedway last week.

Subaru has taken the 2018 winning WRX STI NBR and will likely use the same chassis since there were no accidents last year to damage the performance race car. Hideki Yamauchi and Takuto Iguchi began testing the car for the purpose of making sure the cooling performance gets upgraded for the 2019 Nurburgring 24-hour race since the race will take place a month later (June 22-23) . Subaru also plans to refine aerodynamic performance, improve brake performance, optimize suspension geometry, incorporate proper gearbox ratio, and begin tire development for 2019.

To upgrade cooling performance, a temperature sensor was stretched around the engine compartment, and a flap was attached to the opening on the hood. Technicians removed a panel covering under the chassis floor which decreased temperatures inside the cabin, fuel tank, and oil cooler. They also removed two forced cooling fans that could be disturbing the aeration to provide additional cooling inside the engine compartment. 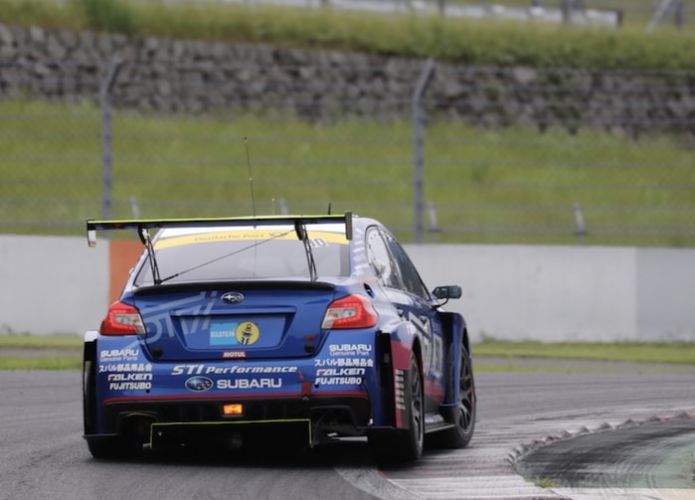 On the second day of testing the WRX STI, Yamauchi got behind the wheel after Subaru techs attached a louver on the front fender to suppress front lift by pulling out the air inside the tire housing. Attempts were also made to remove the carbon panel covering the radiator grille and direct it to the radiator.

Tire temperatures were high in this year’s 24-hour race, and will likely be higher in June when they run the 2019 race, so Subaru modified the front suspension geometry and tested the WRX STI with 2018 spec, 2017 spec, and 2019 prototype tires. Subaru and STI will also change the control of the center differential using a brake pad with a high friction coefficient.

According to Tatsumi Eiji STI general manager, the second day was getting hotter, and perfect conditions to check the performance of the tires. They will use Sumitomo Rubber, the prototype tire for 2019. Testing was able to start earlier than usual and the goal is to also improve the tire and the chassis. Can Subaru win their sixth Nurburgring 24-hour race and their fourth win in five years? They are already getting the 2019 Subaru WRX STI NBR ready.