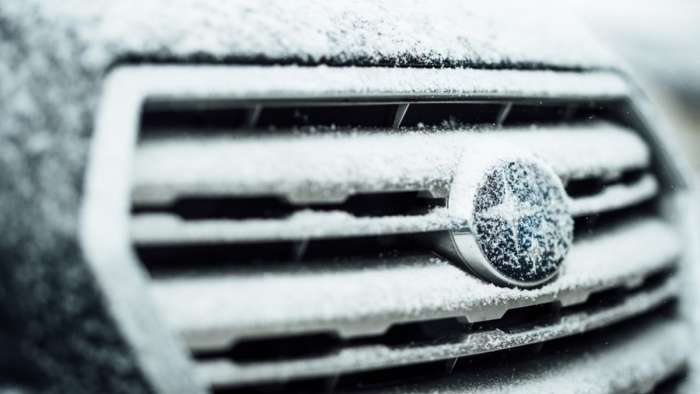 Which Subaru vehicles are the most popular, and which ones are the worst-performing? Two SUVs that dropped the most in the percentage of sales are a surprise.
Advertisement

What Subaru models are the most popular, and which had the worst sales performance in 2020? It was a down year for the Subaru Forester, Outback, Crosstrek, and Ascent SUVs. We would expect the Legacy sedan and Impreza to be the worst-performing models. Sales of sedans and small cars are down in the U.S., and it's no surprise the Impreza dropped 34.3 percent in 2020. The Legacy dropped 22.3 percent.

But the popular Subaru Outback and Ascent SUVs were the next two worst-performing models in Subaru's stable of all-wheel-drive models. The Ascent and Outback were both down double digits in 2020. The Ascent 3-Row family hauler dropped 17.5 percent, and the Outback SUV/crossover was down 15.4 percent in 2020. 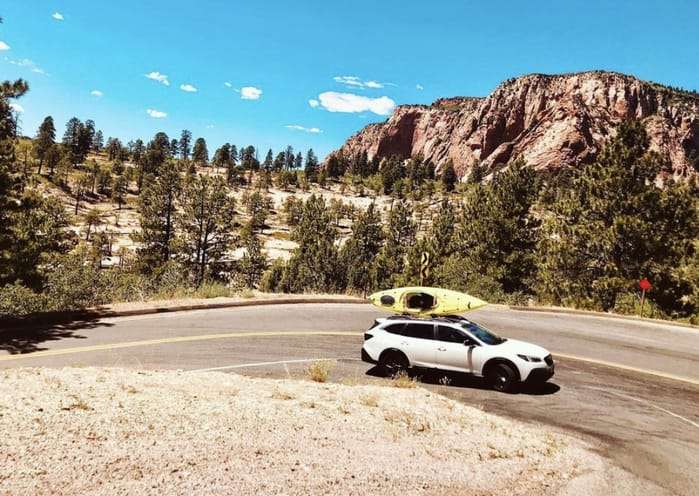 The all-new Ascent was competing well in the 3-Row category but saw the third most significant drop in the lineup. In 2019, the Outback was the top-selling model for Subaru of America. In 2020 after a complete remodel, it dropped to the number two spot behind the Forester compact SUV.

What are the best-performing Subaru models?

The Subaru Forester was the best performing model in both sales and percentage from the previous year. Forester only dropped 1.8 percent compared with last year that saw record sales for Subaru of America (SOA). 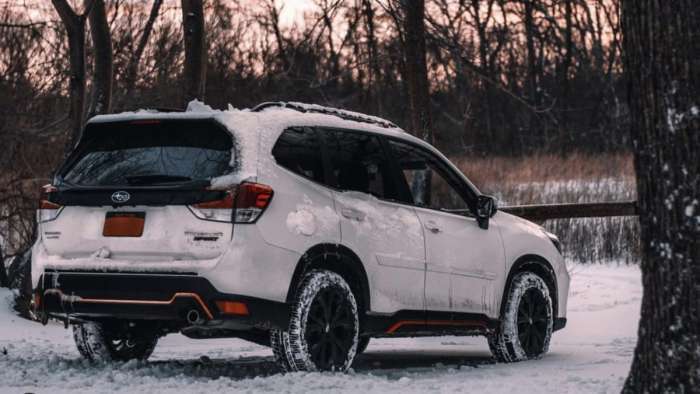 The biggest surprise came from Subaru's sports cars. The Subaru BRZ rear-drive sports coupe saw a drop of just 2.9 percent in 2020. The sport-tuned Subaru WRX and performance-tuned WRX STI were only down 3.0 percent for the year. It is a surprise because it's before both cars get a complete remodel. 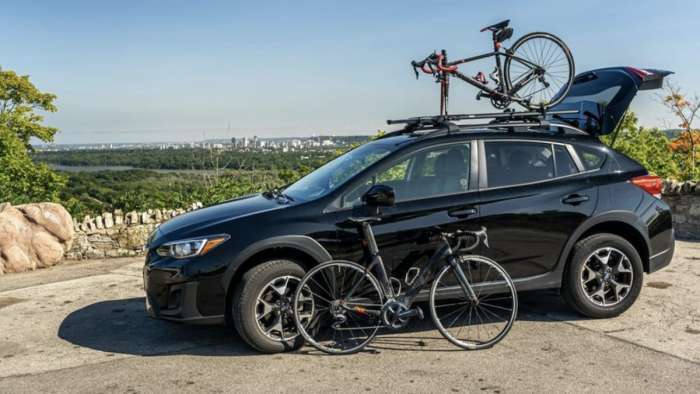 The Subaru Crosstrek subcompact SUV outperformed the Outback and Ascent in the SUV category. The Crosstrek was down 8.7 percent for the year and the third best-selling model for Subaru of America. The newly-refreshed 2021 Crosstrek arrived last summer and was a hot model for SOA.

By the numbers from worst to best

The 2021 Subaru Forester, Outback, Crosstrek, and Ascent will bounce back as the automaker recovers in 2021. Check out the four new models coming this year below.

Marc Isikoff wrote on January 28, 2021 - 5:03pm Permalink
By "performing" you mean sales numbers not engine or other ways car performance is usually referred to. BRZ sales are so small that statistically, the % change is irrelevant btw. For mainline (Forester, Outback, CrossTrek, Ascent), it bears worth noting that we had something of a pandemic called COVID-19 to reckon with which put auto manufacturers behind the 8 ball in terms of getting vehicles out to dealers. You should have also noted your numbers with YoY and not some other means as statistically that is a relevant factor to post. I'm going to stop coming here if these types of posts that make up Torquenews and stick with review sites and sites that talk to greater depth over the content they post.
Dale Wright wrote on January 28, 2021 - 6:56pm Permalink
Windshields are very thin. Crack easily, expensive to replace. Eye- sight system to blame, and I don't even use it. It's a shame I like the car, but if you commute on any highways expect multiple windshield repair costs.
Bob wrote on January 29, 2021 - 4:19am Permalink
Not really surprised, sporty Subaru buyers are the most loyal to the brand. Case in point, global Legacy sales pretty much peaked with the 4th generation(the most sporty iteration of that model). When Subaru of America demanded the Outback get bigger, softer and more CUV/SUV like but kept the Legacy on the same platform, it was the death of the small Japanese performance sedan/wagon that loyal Subaru customers bought. With each iteration after the 4th generation Legacy the car got more appliance like, less sportier, decontented and never aspired to be more than a large subpar American family sedan. Subaru of Japan dropped the Legacy in Japan, and in some other markets, and has basically replaced it with the sporty Levorg. Now the Legacy fills the role of large American sedan, that is forgettable to drive and must compete with other Large family cars on incentives. While competitors have been adding AWD to their large American family cars.
Jacqueline Slumkoski wrote on January 29, 2021 - 9:00am Permalink
I have a 2016 subaru legacy, sometimes my ignition will not turn to start my car. What can I do about this problem? Was there recalls to get this problem fixed? I have had my car since February 2018.
Leo wrote on January 29, 2021 - 10:44am Permalink
Outback drop was sadly predictable. The new infotainment head unit is not at all intuitive and is confusing, complicated and distracting while driving. Recent updates have only been marginally successful. The system needs to be fixed before some senior spends too much time trying to navigate the screen while driving and gets into a serious accident.
Rob Campbell wrote on January 29, 2021 - 6:38pm Permalink
I own an Outback (my 2nd acutally). I use Google News. This feed popped up in Google News. "Performance" actually refers to sales ... not what the headline suggests. Getting tired of these click baits. Asked Google News to no longer provide me feeds from Torque News. Bye.
P.J Douillard wrote on January 30, 2021 - 9:35am Permalink
It is a bit surprising reading this since all models are back-ordered most of the time and you need 2-3 months delay to get the model you want. In 2019 it was like this and 2020 too. I luckily happened to be there at the same time as a Forester in last August and I snatched it. My dealer even told me when people are looking for the same available vehicle, they outbit the MSRP to be sure to get it.
Matthew Richter wrote on February 2, 2021 - 11:13pm Permalink
This isn't performed well or not with regard to sales, it's retained sales as a pecentage. Sales performance should be units sold, not year on year % change. If one model sold 8 units and doubled to 16 the next year, that would be 100% growth. Is that really better than one that went from 100 units to 92? That an 8% drop. I don't think so.
Commenter VonFi... wrote on February 3, 2021 - 7:00am Permalink
They called it Ascent......a** scent......who's bright idea was that?
gearhead4 wrote on February 5, 2021 - 3:36pm Permalink
I agree with several others who posted saying the headline is very misleading. The headline should read "Which Subaru models did not sell as well in 2020 compared to 2019". Sales performance year over year is unrelated to actual vehicle driving performance.
MS.Ricky Keller wrote on February 9, 2021 - 10:20pm Permalink
I live in central Oregon. Have been driving a Subaru Forester since 2003. Also drove a 2009 and currently a 2016 XT Touring with forty four thousand miles. I cannot say enough positives about this vehicle. We get a fair amount of snow and feel perfectly save with just having all season tires.
Vyoma wrote on April 17, 2021 - 2:17am Permalink
I switched from Subaru fan to Mazda. I'm impressed by RAV4 prime but not the price tag. I'm seriously thinking Tesla once my Outback dies