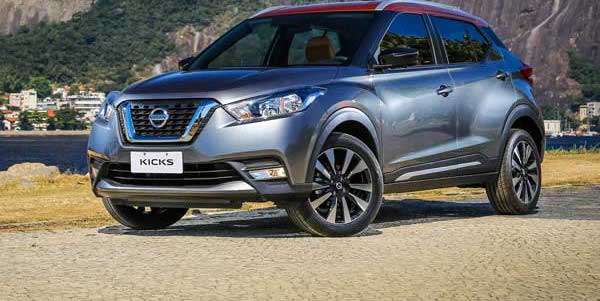 Nissan Gets Kicks Out of Rio Olympics: Don’t Expect it in US

As the 2016 Summer Olympics kick off in Rio, Nissan is playing a big part as a sponsor. Have you see the Nissan Kicks?
Advertisement

North Americans have probably seen the Nissan Kicks at the 2016 Rio Olympics, but it won’t be coming to US shores. Nissan is the official car sponsor for the Summer Olympics in Rio, and will have some of their vehicles on hand to shuttle the teams and athletes at the 2016 games. Nissan's crossover vehicle, the Kicks is the official car for the games. Other Nissan vehicles are on hand for the Summer Olympics.

North Americans will recognize most of them

Along with the Brazilian Kicks, Nissan is offering the all-electric LEAF, March, Versa, Sentra, Altima, and Frontier. Nissan’s vehicles will help shuttle teams and athletes, as well as VIPs to and from their hotels and competition sites during the games.

Americans have probably seen the Kicks crossover, but don’t expect to see it on US shores. It’s produced in Mexico for the South American markets. The US has the popular Nissan Rogue crossover for Americans north of Mexico. It’s Nissan’s top-selling vehicle in North America.

The Nissan Kicks is powered by a 1.6-liter, four-cylinder, flex-fuel engine. The engine’s flex-fuel technology runs on a blend of gasoline and 20-25 percent ethanol. Nissan offer the Kicks with a 5-speed manual CVT automatic gearbox in Brazil. Nissan has developed the Kicks based on the V-platform which is seen on the Micra and Sunny.

If you are watching the Rio Olympics, you may see the Nissan Kicks crossover. Don’t look for it to be sold here in the US. North Americans have the bigger, top-selling Nissan Rogue crossover.