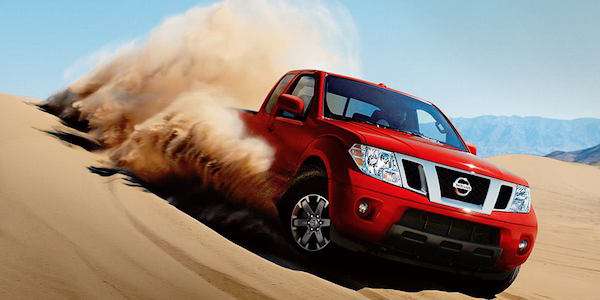 Nissan Frontier Sales Take a Big Slide; Is it in Anticipation of a Remodel?

The 2017 Nissan Frontier sales dropped like a rock to start the year. Why does Frontier take a slide down?
Advertisement

While the 2017 Nissan Frontier ended last year on an incredible upward trend, the mid-size pickup starts the new year on a significant slide down. The Frontier ended 2016 with 86,926 units sold in the U.S., which was a 38.4 percent increase over 2015. It finished the year in third place in the Nissan truck stable behind the top-selling Rogue crossover, and the Murano SUV.

While overall sales of Nissan crossovers, trucks and SUVs set a January record, up 22 percent, the Frontier took a big slide backward. The popular mid-size pickup starts the new year with a 39.4 percent decrease in sales over the previous January, 2016.

Why the big drop?

It’s no secret the Frontier is in need of a major upgrade and it’s coming later this year. In 2016, Nissan’s Year of the Truck, Nissan focused on the new Titan lineup, Armada, Pathfinder and Rogue crossover. Now that it’s the Frontier’s time for a remodel, it could be, truck buyers are holding off until the new-generation model arrives.

When the new-generation 2018 Frontier finally arrives, it will get much-needed exterior and interior styling changes along with Nissan’s latest NissanConnect and mobile apps. It should also get the latest fuel saving technology, featuring improved four-cylinder efficiency and increased V6 or V8 towing capacity. It could also get new 2.8-liter Cummins diesel power.

It could resemble the Nissan Navara that’s sold in Europe

The next-generation Frontier will likely be revealed sometime later this year. Look for it to be a major player in the competitive mid-size pickup market with Toyota Tacoma, Chevy Colorado and GMC Canyon. Until then, it looks like truck buyers are holding off until the new 2018 Nissan Frontier arrives. Stay tuned.