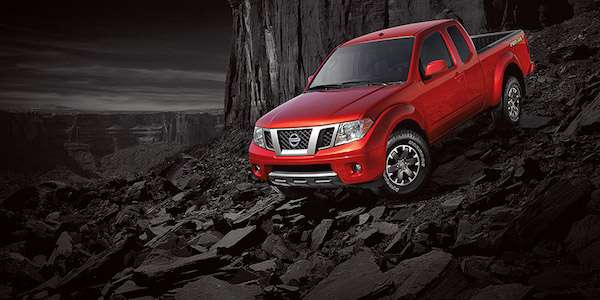 Nissan reports the 2016 Frontier mid-size pickup saw an increase of 73 percent for July. Sales of the Frontier pickup are doing well before before it gets a total remodel that is coming in 2018. What’s next for the popular Frontier?

Overall sales are up for the brand in the US

The Nissan brand is doing well in the US. Frontier isn’t the only model doing well. Nissan U.S.A. finished July with 122,530 sales, up 2 percent, setting a July record. Nissan Versa increased 19 percent, Nissan Maxima was up 44 percent, and the popular Rogue crossover set a best month ever record with sales up 33 percent. Sales of the Murano crossover increased 15 percent.

Now that the 2016 Nissan Titan XD has arrived, Nissan's next big project will be to update its aging midsize Frontier. When the new Nissan Frontier arrives, likely as a 2018 model next year, it will get much-needed exterior and interior styling changes along with Nissan’s latest NissanConnect and mobile apps. The Toyota Tacoma and Chevy Colorado have received upgrades and the Nissan Frontier is next to step up and give mid-size truck buyers a remodeled option.

Frontier could be powered by a 2.8L Cummins Diesel

Nissan recently brought a prototype Frontier pickup with 2.8-liter Cummins Turbo Diesel engine to a press event. This was the same vehicle Nissan brought to the Chicago Auto Show in 2014. The new Frontier diesel variant has around 200hp and 350 lb. ft of torque. It comes mated to an 8-speed ZF automatic transmission. The fuel economy improvement would be around 30 percent over the comparable Frontier V6 gas powerplant according to Nissan sources. Look for a Frontier with a Cummins diesel option when the new model arrives.

Even without any updates, the 2016 Nissan Frontier is hot. Look for the remodeled Nissan Frontier to be an even bigger player in the competitive mid-size pickup market. What will happen when it gets a complete model update? Frontier will compete even better with the Toyota Tacoma, and Chevy Colorado/GMC Canyon. Stay tuned.