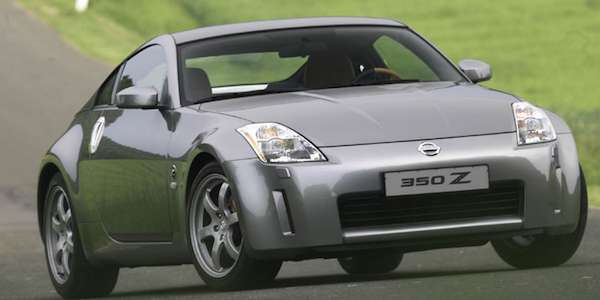 Nissan 350Z is #2 Most-Ticketed Vehicle in America; #1 Will Shock You

The Nissan 350Z is the #2 most-ticked vehicle in America. #1 will shock you.
Advertisement

You would expect the Nissan 350Z to get lots of tickets. It’s a sports car that is highly recognizable and its drivers push the limit and beyond all the time. It’s what you do if you own one. So it’s not too surprising the Nissan 350Z is #2 on insurance.com’s 20 most-ticketed cars list. The sporty two-seater was sold by Nissan Motor Co. from 2003-2009 until the next-generation 370Z arrived.

Insurance.com reviewed insurance claims and traffic violation data from 331 models and more than 323,000 recent customers. Nissan 350Z drivers get tickets at a 33 percent clip compared with all cars out there on the road. So if you drive one, it’s not your car, it’s the driver according to the insurance website.

“It’s the driver that gets tickets, not the car,” says Penny Gusner, consumer analyst for Insurance.com. “But it is interesting to see what vehicle makes and models attract drivers who are prone to traffic violations.” What’s the #1 most ticketed car? It’s a vehicle that’s a big surprise.

Number one most ticketed car

The car they say had the most tickets will shock you. It’s the Lexus ES 300 which is a boring sedan when it comes to performance, and it’s low on the fun-to-drive meter. It’s likely a popular used vehicle for first time car buyers, or it’s passed down to new drivers in the family. You can find inexpensive ES 300s for sale as they were mass-produced from 1992-2003. There’s lots of them on the road and many of their drivers are pushing the old sedan hard.

Drivers in this insurance.com study were surveyed between February 2014 and February 2016. The Nissan 350Z has a target on its back so beware. The Lexus ES 300 is a family sedan that’s not all that exciting, unless you see lights in your rearview mirror.