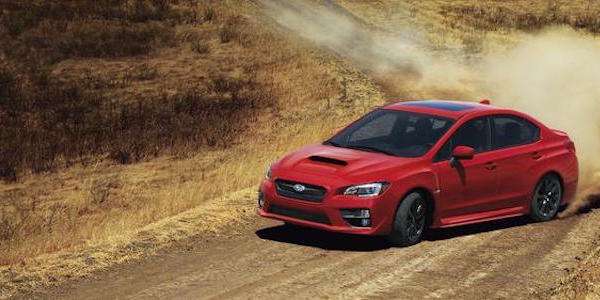 The Subaru WRX/STI high-performance sports car has lost its grip as the most ticketed vehicle in America. The number one car will surprise you.
Advertisement

Last year, the Subaru WRX/STI was the most ticked vehicle in America. This year the popular performance car has slipped all the way down to number twelve. You would expect a small high-performance sports car to get the most tickets. This is a big drop for a car that is known for it’s owners highly modifying their cars to make them even faster than they come from the factory.

This list is compiled every year by insurance.com the car insurance comparison-shopping website. We aren’t sure how they collect their data analysis, but there are 10 cars that have 30 percentage of surveyed drivers who received tickets. The Subaru WRX/STI falls in this category at number seven. While the insurance website doesn’t specify between the WRX and WRX STI, we are assuming they are lumped into one category. The Subaru Impreza 2.5i is also on the top 20 most ticked list and comes in at number 14 on the list, also at 30 percent of surveyed drivers who received tickets. You can check out the complete analysis here.

Number one most ticketed car

The car they say had the most tickets will surprise you. It’s the Lexus ES 300 which is a boring car when it comes to performance and it’s low on the fun-to-drive meter. It’s likely a popular used vehicle for first time car buyers. You can find inexpensive ES 350s for sale as they were mass-produced from 1992-2003.

Expect to pay more for insurance

Even though the Subaru WRX/STI has dropped on the list, owners will likely still pay more for car insurance. Insurance companies often look at claims more than tickets when they adjust their insurance rates. The top ticketed cars had more claims than other drivers, 23 percent compared to 19 percent.

Subaru WRX/STI owners buy the performance cars for their superior driving dynamics and they just beg to be driven fast. Most WRX/STI owners modify their cars to get even more horsepower over the factory specs. It’s hard to find an all-original older model WRX and especially an STI. Subaru WRX/STI owners like the extra power and they use it. WRX/STI owners haven’t slowed down, they are likely being more careful than they were last year.