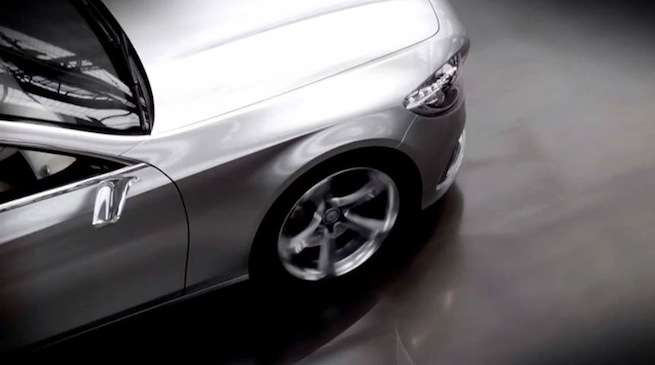 Mercedes just released a teaser video of the new Concept S-Class Coupe that wets our appetites before its reveal at the Frankfurt Auto Show.
Advertisement

Via the Mercedes-Benz Facebook page, the German automaker is wetting our appetite again with the image and a video below before the official reveal of the Concept Coupe later this week.

The new highly-anticipated 2014 Mercedes-Benz S-Class is growing into mythological status and is truly a world-class automobile. Mercedes pulled out all the stops for this ultra-luxury sedan. Mercedes says it's either “the best or nothing” when it came to the new S-Class. It was the product of “blue-sky thinking and painstaking execution.”

If the new Concept S-Class Coupe is anything like its stablemate big brother, it will be an incredible automobile. The new S-Class is the benchmark of past generations and will continue to lead the full-size luxury segment in style, engineering and pure luxury.

The Concept Coupe will likely make it to production and has been seen heavily camouflaged testing in Germany. It will replace the CL and from the video below, if it looks anything like the concept car, Mercedes will produce a sleeker, and sportier appearance for the new S-Class Coupe.

Look for Mercedes to also add a convertible-based variant of the S-Class Coupe to the lineup which will be based on the Ocean Drive concept and an extra-long-wheelbase version under the 'Pullman' name. We can’t wait for Mercedes-AMG GmbH to get their hands on the new S-Class Coupe. That will be one sweet ride.

Mercedes-Benz's new S-Class Coupe concept will make its world debut this week and the sporty model is expected to arrive in 2015 as a production vehicle. It will likely make its global debut at the Geneva Motor Show next March.

Stay tuned to Torque News this week for all the latest Mercedes-Benz Concept S-Class Coupe news.