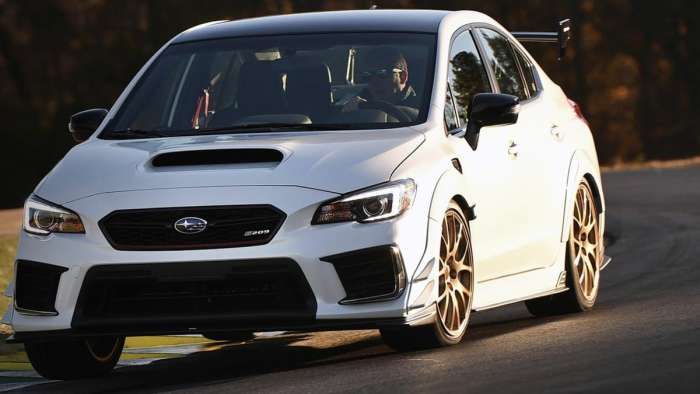 New Subaru STI S209 Won’t Be Cheap Or Easy, Fans Can See It At Boxerfest

Fans can see the new 2019 Subaru STI S209 at Boxerfest. When can they get their hands on one?
Advertisement

The all-new 2019 Subaru STI S209 has not been officially released for sale yet, but performance fans can catch the newest STI at the 2019 Subaru Tecnica International Boxerfest on June 16, 2019, at York Fairgrounds in York PA. Fans can laugh at Japan customers because before now, the only place you could get an S-line STI was in Japan. Now Japan can only look and not touch this limited edition 341-hp STI S209.

Subaru Tecnica International is only building 200 examples for the U.S. market. So the STI S209 will be a rare animal, and very few fans will be able to get their hands on one, and it won’t be easy for those who really want one. Subaru has not told fans yet how they can even get one.

What will likely happen

We do know, you won’t be able to walk into your local Subaru dealer and buy an STI S209. In Japan, the S-line limited editions are limited in more than just production numbers. Purchasing an "S" model is different, especially considering that it's technically not even a Subaru model because it’s produced for Subaru by Subaru Tecnica International. 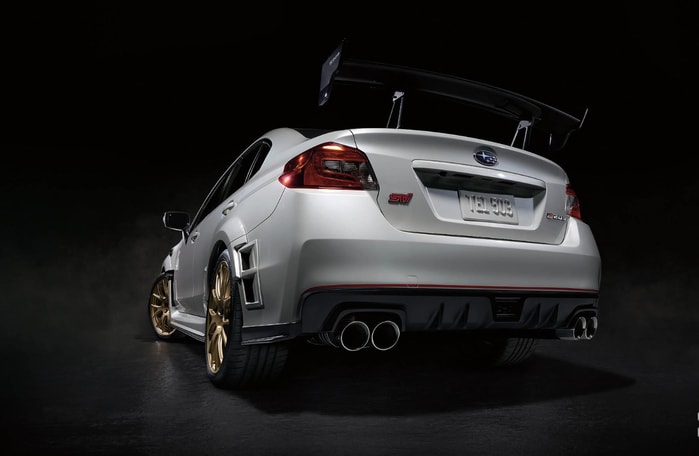 Previous Subaru "S" models sold in Japan were sold via a lottery to determine who is lucky enough to get one. You can sign up here to get on the email list to receive updates. You will need to be lucky to even be selected to get one of the 200 examples being shipped to U.S. shores.

Subaru of America has not announced pricing on the 2019 STI S209 but don’t be surprised if the MSRP is well over $50,000. Subaru Tecnica International has put more hardware on the S209 than the $50k Type RA released last year, so don't be too surprised to see a hefty price tag for this special STI that draws from the Nurburgring 24-hr race car. And given only 200 will be built for the U.S. market, expect the possibility of some healthy dealer markups well beyond the sticker in the window. Dealers will be fighting to get their hands on one too.

Subaru announced the exclusive STI S209 won’t be released until late this year, so in order to see one, you’ll need to catch it at Boxerfest on June 16. You can also see it at Wicked Big Meet, June 30, Subiefest Midwest, July 21, Big NW Subaru Meet on August 4, Subiefest California, October 13, and Subiefest Florida, November 23. Unfortunately, we have found out, Rocky Mountain Subaru Festival in Denver, CO has been canceled.

You May Also Like: 6 Surprising Facts About New Subaru WRX STI S209

Denis Flierl wrote on May 29, 2019 - 6:45am Permalink
Would you rather pay well over $50K for the S209, or buy a base 2019 model for $36,595 at put your own mods on it?
SubaStar wrote on June 5, 2019 - 5:19am Permalink
I would buy the S209, keep it out of any mods, drive it carefully, not putting high mileage on it, keep it until my last day, then my son will enjoy it as much as did. It's a collector, not any vulgar base model.
carlos lanham wrote on November 6, 2019 - 5:38pm Permalink
Hello sube star i work at @ dealership on the east coast that currently have a s209 in white avail for sales if interested please call or email me 908-548-2104
SubaStar wrote on November 8, 2019 - 5:37am Permalink
Hi Carlos, That would be amazing if I could import a S209 here in France! What is your email address? Mine is [email protected]
Paul Cahill wrote on May 29, 2019 - 9:25am Permalink
Nothing like paying $50k for a car, only to have your steering wheel de-laminate after 20k miles and other fun stuff with a cheap interior.
oscar perez wrote on August 23, 2019 - 2:14am Permalink
Its a RIP-OFF when Subaru made 500 TYPE RA for 50k and some are still for sell brand new and now they want to sell 200 OF THE S209 for more money. some websites on google say it will cost $64995 + dealer markup. that is insane Here are the things you don't get on the overpriced TYPE RA and S209. NO NAVIGATION NO MOON ROOF NO SPARE TIRE NO BLIND SPOT ALERT NO STOCK EXHAUST WITH A GOOD SUBARU RUMBLE NO REAR CENTER ARMREST / DUAL CUP HOLDER NO HARMAN KARDON SPEAKER SYSTEM / its like buying a base model wrx NO NEW BODY STYLE NO KBB VALUE ON USED 2018 SUBARU TYPE RA SO THAT WAY WHEN YOU TRADE IN THE DEALER RIPS YOU OFF AGAIN AND GIVE YOU TRADE IN VALUE FOR A BASE MODEL STI SINCE IT DOESNT HAVE ANY OF THE LIMITED OPTIONS.
Jon wrote on September 4, 2019 - 12:06pm Permalink
If I had the money at the time I would have gottent the RA Because it had None of those things. and yes the exhaust has a rumble. Sunroof ? It has a carbon fiber roof. The s209 is a "street" track car you pay for the speed and pay for the lack of comfort. Like the S2000 CR the most expensive S2000 . Did not come with a soft top And the A/C And Radio were an option!! Awesome! Go buy a different car and dont look this way again. maybe a lux suv? leave us true car enthusiest alone
oscar perez wrote on September 4, 2019 - 12:47pm Permalink
My comments are based on facts for example: I am a current owner of a 2018 SUBARU STI TYPE RA. I can appreciate your comment as an enthusiast infact If you live anywhere in OR, or WA i would invite you to drive my 2019 Subaru STI Limited and 2018 TYPE RA and then and only then you can give your opinion about who should buy a Lux or SUV MR. TRUE CAR ENTUSIAS!!