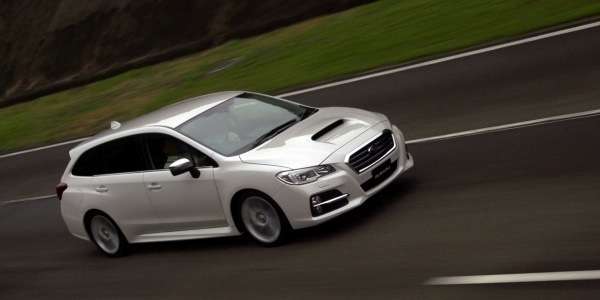 The 2014 Subaru Levorg Sports Tourer won’t be coming to the U.S., but impresses in Japan. Would Americans embrace this sporty wagon?
Advertisement

The 2014 Subaru Levorg Sports Tourer blends a sports car with the functionality of a wagon and thoroughly impresses with its design. The Subaru Levorg was released in Japan in June and has won the "Good Design Award 2014." Levorg wins the award from the Japan Institute of Design Promotion (JDP). This is the third year in a row that the Subaru brand has taken home an award for the design of their cars. Forester won in 2013, and in 2012, both Impreza and XV Crosstrek were honored with the Good Design Award.

More than just a design contest

The "Good Design Award" was established in 1957 in Japan as the only comprehensive design evaluation and commendation system. It’s more than just a design contest, as the award system is based on whether or not a product can “bless and enrich society” and people's lives through its design. This is what has made Subaru so popular here in the U.S. and why sales are booming for the Japanese automaker. They design multi-use vehicles that fit into people’s busy and active lives.

Levorg is already popular in the Japan market and Europe will also get the new sports tourer. Fuji Heavy Industries (FHI) parent company of Subaru, reports the new Levorg Sports Tourer is selling at a fast clip in Japan and the design is a big reason buyers are excited about the new sporty wagon.

Japan Institute of Design Promotion (JDP) says Levorg does a good job of blending a sports car with the functionality of a wagon. JDP says, "True to its product concept as the fusion of sports car and wagon features, the Subaru Levorg has a dynamic form with fender blisters and a roof line that's sloped more sharply than the traditional wagon-style Legacy while maintaining the brand's strengths of good visibility and a versatile cargo space.”

The award was given for more than its exterior design. JDP was impressed with the quality of the sports tourer’s cabin materials, finishing touches and the powertrain technology. JPD went on to say, “With further advances made on the brand's unique technologies such as the horizontally-opposed engine and EyeSight driver assist system, the Levorg has been completed as a vehicle that ensures a secure, enjoyable driving experience."

The new 2014 Subaru Levorg has received the "Good Design Award 2014" because it is able to blend the driving dynamics of a sports car with the functionality and utility of a wagon, and thoroughly impresses with its design. Subaru would likely sell a lot of these sporty wagons here in the U.S. Especially if you put the new 268 hp 2.0-liter 2015 WRX engine under the hood.

Greg Whisenhunt wrote on October 8, 2014 - 12:10pm Permalink
I would absolutely buy the Levorg... hopefully they will change the name for the US though.