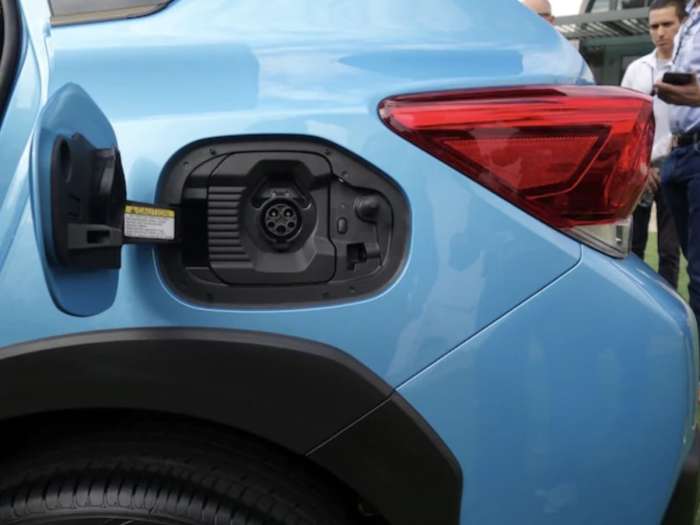 The media got a preview of the new Subaru Crosstrek Plug-in-Hybrid. See where the new Crosstrek PHEV will make its debut.
Advertisement

The media previewed the all-new 2019 Subaru Crosstrek Plug-in-Hybrid at the Californian resort but the new small fuel-stingy SUV is still on lockdown. There is a media freeze on all information surrounding Subaru’s first-ever plug-in hybrid. The new model will make its reveal at the LA Auto Show coming up November 30-December 9, 2018 at the Los Angeles Convention Center.

Here’s what we know. Subaru will be in the West Hall of the convention center and will uncover the new Crosstrek PHEV at the LA show. It will be the perfect venue to reveal the new Crosstrek because it makes its dealer launch in California, where Subaru built it to conform to California zero-emissions vehicle (ZEV) regulations. The law requires automakers to offer a number of electric cars and trucks for sale with the number of vehicles is linked to the companies overall sales within the state.

Subaru Corporation’s plans are to only sell the Crosstrek PHEV in the 10 states that have adopted zero-emissions vehicle requirements. They are Connecticut, Maine, Maryland, Massachusetts, New Jersey, New York, Oregon, Rhode Island, and Vermont. So unless you live in California or one of these states in the North East, you are out of luck. But you could buy it in one of these states and drive it home. 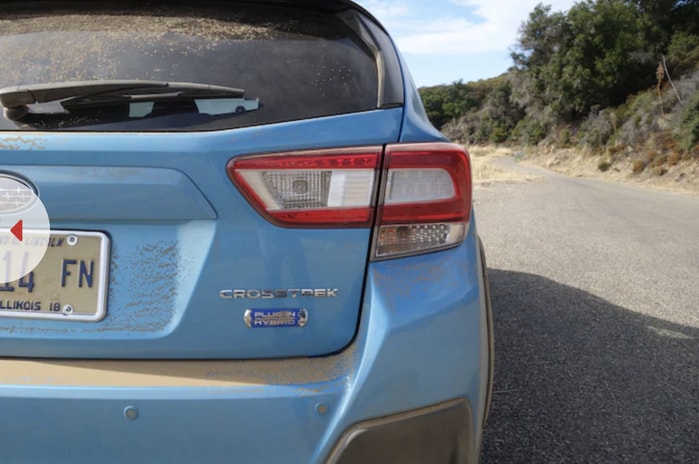 The CARB doc says when the Crosstrek PHEV uses a combination of gas and electric, the small SUV gets an equivalent all-electric urban range of 26.273 miles and all-electric highway range of 27.381 miles. The new plug-in-hybrid will likely be charged with a standard household outlet and charge in less than 5 hours 30 minutes like Prius Prime.

Information on the all-new 2019 Crosstrek Plug-in-Hybrid is on lockdown until it makes its official reveal at the LA Auto Show running November 30 through December 9. Stay tuned.

Tommy wrote on November 19, 2018 - 3:08pm Permalink
Every Prius is rated by the EPA to earn a minimum of 54 mpg in the city and 50 mpg on the highway. Will Subaru's new Crosstrek PHEV which uses their naturally aspirated 2.0-liter Boxer engine get close to Prius mileage numbers?
kevin krtiket wrote on November 24, 2018 - 3:59pm Permalink
How did subaru pull it off? Take a great idea and then make a below par gutless plug vehicle.
Tommy wrote on November 27, 2018 - 4:54pm Permalink
Yes, the 2019 Crosstrek hybrid plug-in only has a usable 17 miles of battery range. Why can't they match the Prius where they go the electric drivetrain from. Simply lousy product management and poor engineering come immediately to mind.