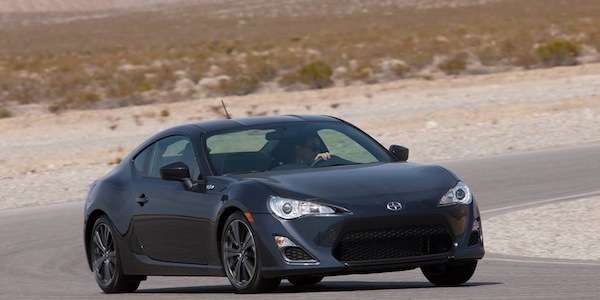 Both the 2015 Scion FR-S and 2015 Subaru BRZ have earned the 2015 IIHS Top Safety Pick award this week.
Advertisement

The Scion FR-S and Subaru BRZ are sports cars that are high on the fun to drive meter, and they’re also big on safety. The FR-S/BRZ twins have both earned 2015 Top Safety Pick awards from the Insurance Institute for Highway Safety (IIHS). Both Toyota and Subaru brands rank high in safety and it’s no surprise the two sport coupes are ranked high by both the IIHS and the National Highway Traffic Safety Administration (NHTSA).

In order for the BRZ/FR-S twins to win the 2015 Top Safety Pick, they had to achieve “Good” ratings in all four tests of high-speed front and side crash tests, a rollover test, and evaluations of seat/head restraints for protection against neck injuries in rear impacts. In addition, “Good” or “Acceptable” performance in a small overlap front test introduced in 2012 is also required.

Both score high in the NHTSA test

When Toyota and Subaru agreed to build the FR-S/BRZ coupe they wanted to give driving enthusiasts an affordable daily driver that can also be taken to the track on weekends.You really can have your cake and eat it too with the fun-to-drive 2015 Scion FR-S/Subaru BRZ twins that are also safe sports cars on the road and track.

Tesla Contemplates A New Strategy for China Retail even As Sales Boom
Jay Leno on Elon Musk & EVs: “I Think He Should Get ... Credit"
END_OF_DOCUMENT_TOKEN_TO_BE_REPLACED