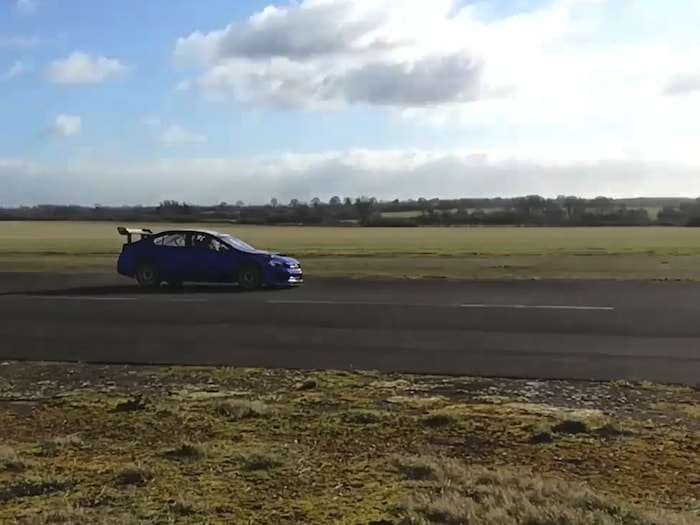 Subaru set a Nurburgring record for the fastest sedan ever on the ‘Ring’ with the 2018 Subaru WRX STI Type RA NBR. This was the Prodrive-built STI specifically designed and built for the record attempt. When Subaru and Prodrive hook up, good things happen. Well, Prodrive is at it again. A post this week on their Facebook page, says,” We completed the shakedown of the Subaru WRX STI Type RA, which lapped the Nurburgring in 6:57.5 last year. Now ready for its next record attempt very soon.”

We don’t know what Prodrive and Subaru are up to, but they’ve set their sites on another record attempt run somewhere in the world with the 2018 Subaru WRX STI Type RA NBR. And it’s coming soon.

Prodrive, located in the UK, is known for its 19 year association with Subaru. The most iconic moment in the company’s history, was Colin McRae’s victory on the RAC Rally in 1995 driving a Subaru Impreza, making him Britain’s first World Rally champion and bringing Subaru the first of three consecutive manufacturers' titles. Prodrive brought further WRC titles for Subaru in 2001 (Richard Burns) and in 2003 (Petter Solberg).

The Prodrive-built STI Type RA is not like the limited series production car Subaru of America is selling to performance fans. The STI NBR runs a modified EJ20 2.0-liter WRC-spec boxer powerplant. It uses a 75-mm intake, the turbo runs at 250 psi of boost and pumps out more than 600 horsepower at 8,500 rpm. The STI Type RA NBR Special is a unique race machine, with the interior gutted, a full roll cage, special Dunlop racing tires, race suspension, engine mods, body kit, adjustable rear wing and a carbon fiber roof.

Prodrive had the high-performance STI NBR parked all fall and winter, and it’s out now doing a shakedown. Subaru and Prodrive haven’t announced where they’ll attempt another record run with the 2018 Subaru WRX STI Type RA NBR, but we know it’s coming soon. Stay tuned.

Dan wrote on February 7, 2018 - 8:38am Permalink
You have misspelled ProDrive as Provide several times throughout the article, find + replace would be a powerful tool for you!
Armen Hareyan wrote on February 7, 2018 - 9:14am Permalink
Thank you Dan. I appreciate it very much. The story is edited. Thank you for reading TorqueNews.com and taking time to participate in our story discussion. Have a great day.