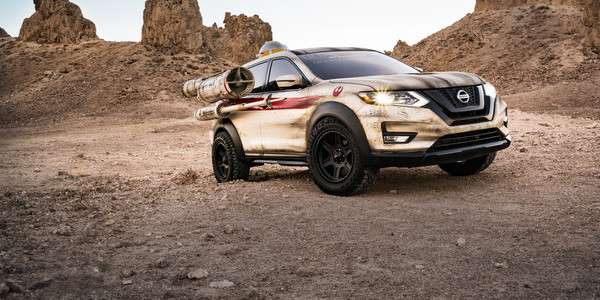 Nissan has the force behind it as it sets record numbers in November. The 2017 Rogue crossover leads the charge.
Advertisement

How is the Rogue doing it?

The Nissan Rogue crossover is now featured in a global promotional campaign in support of "Rogue One: A Star Wars Story.” It’s seems to be paying off with record sales in November.

Nissan, along with Duracell, General Mills, Gillette, and Verizon all launched new marketing campaigns in anticipation of this first-ever standalone Star Wars story. Each came up with their own specific, custom-designed campaigns for the upcoming film. Nissan is pumping up their Rogue crossover with a free Death Trooper Helmet give-away.

Nissan is using their 2017 Nissan Rogue crossover to promote their brand and it’s the best-selling small vehicle in their U.S. lineup. The popular Altima sedan is next best-seller in the brand’s stable.

It’s the 2017 Nissan Rogue that has Star Wars numbers as the brand capitalizes on the new "Rogue One: A Star Wars Story” film opening on December 16.