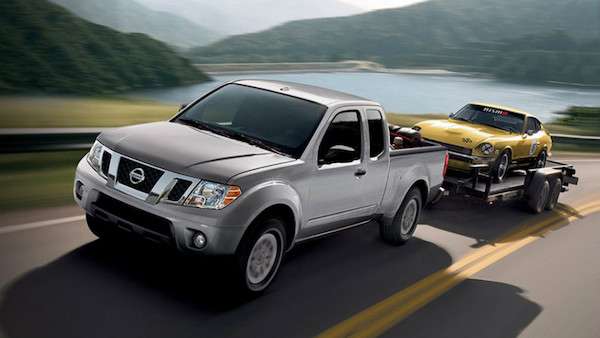 New Nissan Frontier is the #1 Mid-Size Pickup in J.D. Power IQS; What 2 Popular Pickups Does it Beat?

The new Nissan Frontier pickup is rated #1 by J.D. Power’s IQS study. What 2 popular pickups does it beat?
Advertisement

When it comes to mid-size pickups, J.D. Power’s 2017 Initial Quality Study says the 2017 Nissan Frontier is the best again. It beats out the Chevrolet Colorado and Honda Ridgeline who were number two and three respectively. The same was true for the 2016 Frontier model where the mid-size pickup was #1 last year.

The 2017 Nissan Frontier is a stand-out when it comes to quality. The mid-size truck may need a remodel, but Nissan doesn’t need to change how its made. For the most part, the Nissan Frontier is made in America. Although the transmission and some of the engines are sourced from Japan, more than 50 percent of the components for the Frontier are made in the U.S and Canada. The truck is manufactured at Nissan's plant in Canton, Mississippi.

Nissan is doing a good job of building the Frontier. Owners of the mid-size truck experience fewer problems than other brands. The J.D. Power IQS study examines problems experienced by vehicle owners during the first 90 days of ownership. Initial quality is determined by the number of problems experienced per 100 vehicles (PP100), with a lower score reflecting higher quality. The Nissan Frontier had the lowest score among mid-size pickups. Buyers can expect less problems in these vehicles.

This would bear out with the most popular Nissan forums like NicoClub.com where owners can ask questions and get answers from other Nissan owners. If you look for problems associated with the 2016-2017 Frontier on the forum, you won’t find many issues with the latest models of the mid-size pickup.

The Nissan brand gets high marks

Nissan is listed as the #10 automaker out of 32 brands on the newest J. D. Power IQS. The 2017 Infiniti QX80 is also listed as the number one vehicle in the Large Premium SUV class. The Nissan Altima and Maxima scored in the top three in the Mid-Size car and Large Car categories. So the Nissan/Infiniti brand is doing better than many automakers when it comes to initial quality.

The 2017 Nissan Frontier needs a remodel to stay competitive with the newly-revamped GMC Canyon, Chevy Colorado and Toyota Tacoma. What it doesn’t need is a change in quality. It gets the highest ranking in the J.D. Power U.S. Initial Quality Study again for 2017.

JD wrote on June 29, 2017 - 4:01pm Permalink
I own a 2015 Frontier 4X4 SL Long Cab with every option, and the truck has been just outstanding. It has been flawless since the day I bought it. I wouldn't even consider the Chevy, Colorado or Toyota Taco. None of them are built as stout as the Frontier. My Frontier has real chrome steel front & rear bumpers, outstanding stereo, and a steel frame much bigger than the GMs. Rear disc brakes which you can't get on a Taco, leather seats, sun roof, and spay in bed. And the 4.0L engine has plenty of juice for any task.
John C. Phillip... wrote on April 21, 2020 - 4:50pm Permalink
4/21/2020 I own a 2016 Nissan Frontier Pro 4X with 24K miles. It has a matching cap, spray in liner with cargo tie downs and cargo rail system. Led lighting inside the cap. My Nissan is loaded with everything you could ever want. Since purchasing this truck it has been back to the dealer for unscheduled repairs...........not one time. It has gotten all the required maintenance such as oil changes, tire rotations etc. It has been the most dependable vehicle since I purchased my very first car in 1968.
William I Beegle wrote on January 29, 2021 - 12:49pm Permalink
I bought a new Frontier in 2015 and never spent a single dollar on repairs. I just traded on a new 2020 Frontier because I read somewhere that they were going to "update" it. Leave it alone. Don't fix what ain't broke.