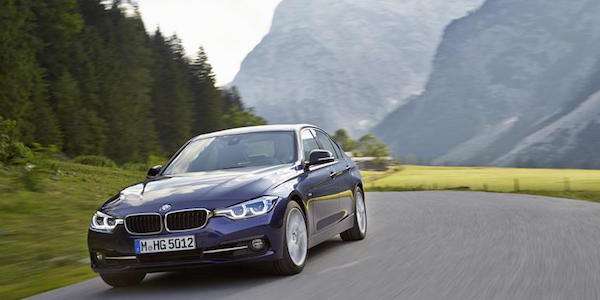 The 2016 BMW 340i Sedan xDrive is a driver's car that pegs the fun-to-drive meter.
Advertisement

BMW is a brand that can take a luxury sedan and turn it into a high-performance machine ready for the track. No, this isn’t the new BMW M3, it’s their new 340i xDrive Sedan that ramps up driver engagement to a new level. BMW’s 3 Series is the best-selling BMW of all time and its gets better with age. BMW says the new 2016 3 Series is the best driving machine they have produced so far, and after a week with the new 340i, it’s hard not to agree.

The BMW 3 Series receives minor exterior styling tweaks and a few new interior trim enhancements. The changes you can’t see like suspension and steering upgrades make the biggest difference in handling precision. The 335i is now the 340i, and it gets a new engine with more output. A standard 16-speaker stereo and LED headlights are now available.

Outside, the new BMW 340i gets newly designed headlights with full-LED headlights as standard. Out back, there’s also new LED tail lights that give it a more dynamic appearance. You can distinguish the 340i from other trims with its individual tailpipes on the left and right. Other exterior features that set it apart are its 18-inch alloy sport wheels. 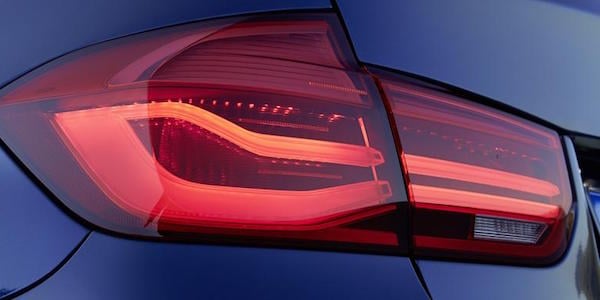 The 340i’s cabin is a comfortable place to spend quality time, especially if you like to drive. It comes with attractive Dakota Black leather sport seats ($1,450) with contrasting red stitching on the seats, door trim, and steering wheel. The added wood trim on the dash, door handles and center console adds a quality feel. We cranked up the heated front and rear seats and heated up the leather steering wheel this week after a late winter cold snap hit the Denver area about the same time as the Denver Auto Show. The upgrades keep us warm. 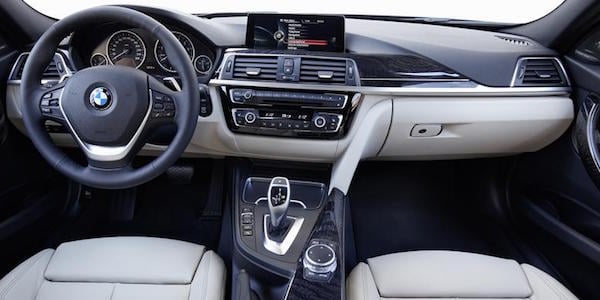 In the back, the 340i offers decent legroom and the manual window shades offered our rear passengers some relief from the bright Denver sun. The passengers commented on the convenient rear center arm rest, climate control vents and heated seats that kept them toasty warm. The only negative comment came from the rear seats being a bit too firm and could use more cushion. Overall, the cabin is comfortable, driver-focused and roomy.

One of the biggest upgrades for 2016 came in the form of the new 3.0-liter turbocharged powerplant. It’s the first BMW to be powered by the B58 from the new modular BMW EfficientDynamics engine family. The engine is lightweight and is an all-aluminum unit and uses BMW’s TwinPower Turbo technology. This new 3.0-liter engine powering the 340i replaces the N55 powered 335i and tops the 3 Series gasoline engine line-up. It produces 320 hp, a 20 horsepower improvement over the previous model. Peak torque is an impressive 330 lb-ft,

The all-aluminum 3.0-liter DOHC I-6 with direct injection has equally impressive fuel efficiency compared to its predecessor. The new 2016 340i is 10 percent more fuel-efficient at an EPA rated 22/33 mpg city/highway and 26 combined mpg.

Most luxury sedan consumers buy the BMW 3 Series for its driving dynamics. There’s plenty of competition from Audi, Cadillac, Infiniti, Jaguar, Lexus and Mercedes-Benz. Setting the luxury aside, the BMW 340i is a driver’s car that ramps up driver engagement to another level above the rest. The new 3.0-liter TwinPower Turbo gets an engine award from Ward’s Auto and it’s easy to see why. The new TwinPower Turbo engine in the 340i offers outstanding performance.

We tested the 340i at altitude in the rarified air of the Colorado mountains where the automakers do their extreme testing. We took it up I-70 into the mountains and pushed it hard. We jumped on it at 2,200 rpm, and the 3.0-liter inline 6-cylinder engine jumped past 3,000 quickly and the engine never stopped pulling until it hit redline. And this was between 7500-9000 feet elevation. Do this at sea level, and you get even more performance from the new 340i.

BMW says this is the best performing 3 Series they’ve ever built and it gets even better in the curves. We took it up a twisty two-lane road out of Morrison up through Evergreen and it carved the tight mountain curves with ease. You won’t find a better road-hugging luxury sedan for under $50,000.

The 2016 BMW 340i Sedan with the 8-speed Steptronic transmission accelerates from 0-60 mph in just 4.6 seconds. The 8-speed features a SPORT mode which we kept it in most of the week. It’s ideal for configuring gear shifts for the best possible performance. We test drove a Melbourne Red Metallic 340i which is a cop magnet. We had to be careful where we pushed the luxury sedan.

BMW upgraded the chassis and suspension and replaced the three-link suspension setup at each corner with a five-link setup. BMW says the new setup stiffened the chassis without any penalty to ride comfort and we would agree. BMW also fitted a revised electric power-steering system, which gives better feedback and response. The upgrades to the new luxury sedan helped it peg the fun-to-drive meter. The only complaint we have with the 340i, is the automatic stop-start system is intrusive, but BMW uses it for improved fuel-efficiency. 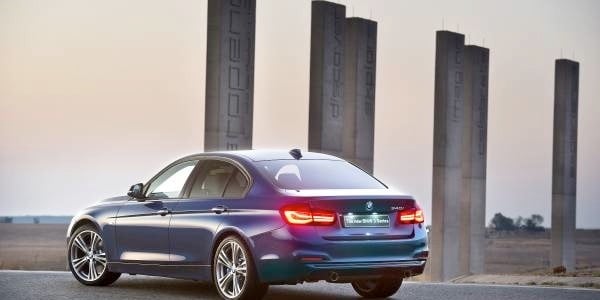 BMW has not forgotten what their core values are and have kept the new 2016 BMW 340i responsive, fun to drive and connected to the driver. It’s an ideal all-weather sports sedan with the xDrive. You won’t get stuck on the side of the road when severe weather hits.