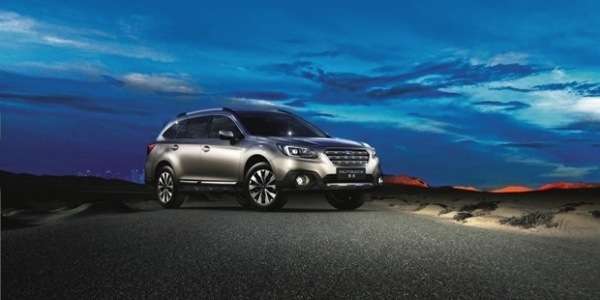 New 2.0-liter turbo Outback to be launched exclusively for China

The new 2015 Subaru Outback is coming to China, but it gets a new engine for this market only. Why does China get the new 2.0-liter turbo and U.S. and other global markets get left out?
Advertisement

The 2015 Subaru Outback will make its China premiere with a new engine that the rest of the global markets won’t be getting. The 2015 Outback wagon will be launching in China with a new 2.0-liter direst injection turbocharged Boxer engine. Subaru announced the new Outback wagon will make its China premiere at the 2014 Guangzhou International Auto Parts & Accessories Exhibition to be held in Guangzhou, China on November 20. This is just days before they reveal a new 2015 Subaru Forester STI.

MUST SEE: New Subaru Forester STI has Nurburgring roots but don’t look for it in the U.S.

The rest of the global markets won’t see the new 2015 Outback with this new 2.0-liter horizontally-opposed direct injection turbo engine in the new-generation Outback. Subaru says it was developed exclusively for the Chinese market. It will also come with the 2.5-liter boxer engine that we see in other markets including the U.S. Subaru says the new Outback wagon has been “renewed in view of Chinese market's demands.”

The new 2015 China Outback will likely get a less powerful 2.0-liter turbocharged engine that comes in the new Japan-only 2015 WRX S4. The S4 is equipped with a high performance 2.0-liter direct injection turbo "DIT" boxer engine and was perfected in Subaru’s motorsport involvement. It produces 221 kW (296 hp) and 400 Nm (295 lb. ft of torque). Subaru says it will achieve 31 mpg in the JC08 mode Japanese cycle test.

Outback launches around the globe

The new Subaru Outback has already made its global launches in the North American, Japanese and European markets, and comes with a host of advanced design features that is ideal for those with active lifestyles. Since its inception, Outback has been popular with drivers around the world and features Subaru's unique crossover concept, combining passenger-car comfort with the long-distance capabilities and load space of an SUV. But the Chinese will get the multi-use wagon with the sporty 2.0-liter turbo engine.

U.S., and other global markets get two engine choices also for the 2015 Outback with the standard 2.5-liter four-cylinder Boxer engine that produces 175 hp and 174 lb. ft of torque. The 2.5-liter receives numerous enhancements for lighter weight, improved efficiency, quieter operation and gets a 2 hp bump from the 2014 model. Peak torque remains at 174 lb.-ft. but is spread over a broader engine speed range for more responsive performance. The 2015 Outback also comes with the 3.6-liter six-cylinder Boxer producing 256 hp and 247 lb. ft of torque on the 3.6R Limited model.

The new sporty 2015 Subaru Outback with the 2.0-liter turbo engine will be making its dealer launch later this year in China. The rest of the global markets will not get this new 2.0-liter powerplant. It will be officially unveiled at the 2014 Guangzhou International Auto Parts & Accessories Exhibition in Guangzhou, China November 20, 2014.