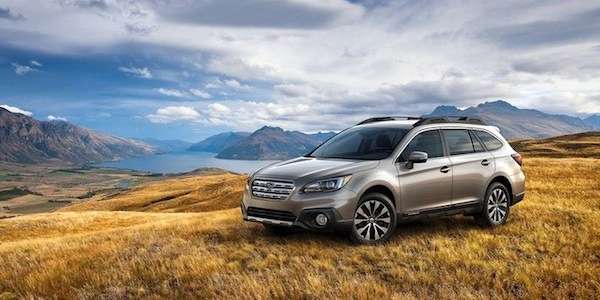 Subaru extends the global launch of the 2015 Outback into Europe. It will feature this new safety technology for the first time in Europe.
Advertisement

Subaru announced the new 2015 Outback will launch in Europe before the end of this year, and it will come with new safety features never offered in the European markets. Subaru says they will debut its unique EyeSight driver assist technology in the new 2015 Outback to go on sale in Europe during 2014. This will be the first Subaru model built to European specifications that will feature the safety system.

FHI extends EyeSight across the globe

The new 2015 Subaru Outback has already made its successful dealer launches in the Japanese, Australian and North American markets, and now with its European launch, it enables Fuji Heavy Industries (FHI) to extend EyeSight's deployment across the globe. This award winning technology was developed by FHI engineers to reduce auto accidents around the world and it seems to be working well in the new Legacy and Outback models.

EyeSight was the first system ever to use stereo camera technology to detect the presence of pedestrians and cyclists in the car’s path. The system's features include Pre-Collision Braking Control and Adaptive Cruise Control. Since its Japanese debut in May 2008, EyeSight has earned high praise from customers, as well as outstanding ratings from the Insurance Institute for Highway Safety (IIHS) and Japans JNCAP in the preventive safety performance assessment conducted by the Ministry of Land, Infrastructure, Transport and Tourism, and the National Agency for Automotive Safety & Victims' Aid (NASVA).

Subaru vehicles incorporating EyeSight were awarded the highest possible "superior" rating in tests assessing the performance of front crash prevention systems as part of the safety assessment conducted in 2014 by IIHS in the U.S.

More refinements made since 2014

FHI has made new improvements to the new-generation Eyesight since it was first launched in Japan in June 2014. Following its successful North American launch, FHI has further refined the preventive safety and driver load-reduction features. Subaru engineers completely remodeled the stereo cameras, extending the field and distance of vision by approximately 40%.

Incorporating the new EyeSight into the new European-spec 2015 Outback for the first time will enable FHI to offer substantially enhanced preventive safety performance to more customers around the globe.