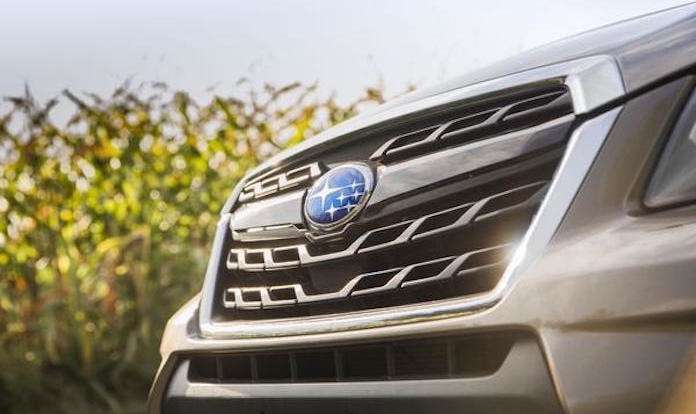 The 2019 Subaru Forester will be the next model in the brand’s stable to get the new Subaru Global Platform. True to Subaru’s 5 year life-cycle, the Forester SUV is next in line. The fourth-generation Subaru Forester, introduced in 2013 as a 2014 model, is showing its age and it’s ready for a complete remodel. The all-new fifth-generation Forester will arrive next fall in October, 2018.

We reported here at Torque News, Subaru may drop the Forester XT 2.0-liter turbo model for the 2019MY and they could also axe the 6-speed manual transmission gearbox when the new model arrives. This has not been been confirmed by Subaru Corp, but a source close to Subaru told us this will happen.

The rumor mill is spinning and we’ve heard from another source, Subaru could keep the 2.0-liter turbo engine in the new 2019 Forester, and change the badge from Forester XT, to Forester Sport. This would make sense for the Japanese automaker as consumers don’t know that X stands for AWD and T stands for Turbo. Consumers do know what Sport means and a Forester Sport (with 2.0-liter turbo) would also be more in line with competition from the Mitsubishi Outlander Sport and all-new Nissan Rogue Sport hitting the U.S. market. Subaru fans won’t really care if it’s called XT or Sport, as long as it keeps turbo power.

Forester gets the new SGP

Here’s what we do know is coming for sure. The all-new fifth-generation 2019 Forester will ride on the new Subaru Global Platform (SGP) with a lower center of gravity improving driving dynamics, a quieter cabin, and improved safety because of it’s higher rigidity and strength. The new SGP architecture will also reduce vibrations and produce a smoother ride quality in the new Forester.

The standard 2019 Forester 2.5i will get Subaru’s new direct-injection 2.5-liter naturally aspirated Boxer engine and it will get a small bump in power over the outgoing model. It will be more fuel-efficient and will be coupled with a newly-revamped Lineartronic Continuously Variable Transmission (CVT) sending power through it's standard Symmetrical all-wheel drive system.

Let us know what you think of Subaru dropping the XT badge in favor of a new Forester Sport. If you liked this article and think it would interest your friends, consider sharing or tweeting it to your followers.