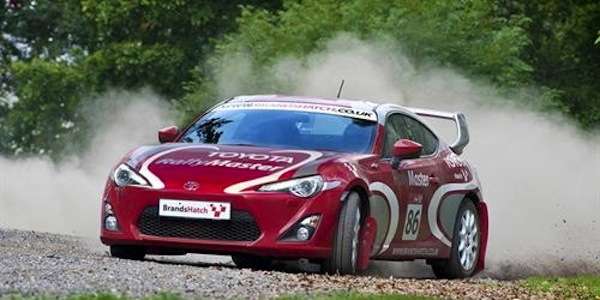 RallyMaster has just come up with a great idea to turn the 2015 Toyota GT86 sports coupe into a rally car for driving enthusiasts. The rear-drive two-door coupe has been recruited as the featured car in RallyMaster, a public driving experience hosted by MSV at its Brands Hatch and Oulton Park circuits in the UK. The new GT86 will be available for drivers taking their first steps in rallying.

Anyone with a standard license can participate

RallyMaster will be using a fleet of 10 2015 Toyota GT86 sports cars which are completely stock and make them available at the rally school. Anyone with a standard driving license can enjoy driving the GT86 at speed through a rally stage, on a mixture of smooth and loose surfaces. Each session will include instruction from an expert co-driver providing lessons on specialized techniques, including braking points, setting-up the car for corners, handbrake control, and drifting.

Personalized instruction in the GT86

The track sessions in the new GT86 will show drivers exactly what the sports coupe is capable of. The package also includes a passenger ride with a professional driver at the wheel. Jonathan Palmer, Chief Executive of RallyMaster operator MSV, said: “The arrival of the Toyota GT86 begins a new era for RallyMaster, which previously put enthusiast drivers in front-wheel-drive cars.  With its rear-wheel-drive and low centre of gravity, the Toyota GT86 was designed to give driving enthusiasts great balance and handling, making it perfect for an enjoyable introduction to rally driving.”

The Toyota GT86/Subaru BRZ/Scion FR-S sports coupe is not new to rally racing. Subaru just won first place with the BRZ in the All Japan Rally Championship. The GT86/BRZ/FR-S sports coupe may be the ideal rally car in spite of being rear-wheel-drive. It features a near perfect weight balance and the the two-door sports coupe has an ultra low center of gravity. This allows BRZ/GT86 to be pushed hard through the corners in wet or dry conditions. The driver can stay in control and still push the car to its limits.

Affordable for up and coming rally fans

At the same time, the new 2015 Toyota GT86t remains very affordable for anyone wanting a sports car. The newly revised model range for the 2015 model year has seen the entry point to the GT86 line-up reduced by more than 2,000 British Pounds, to just 22,495 with the new dealer early buyer incentive now being offered.